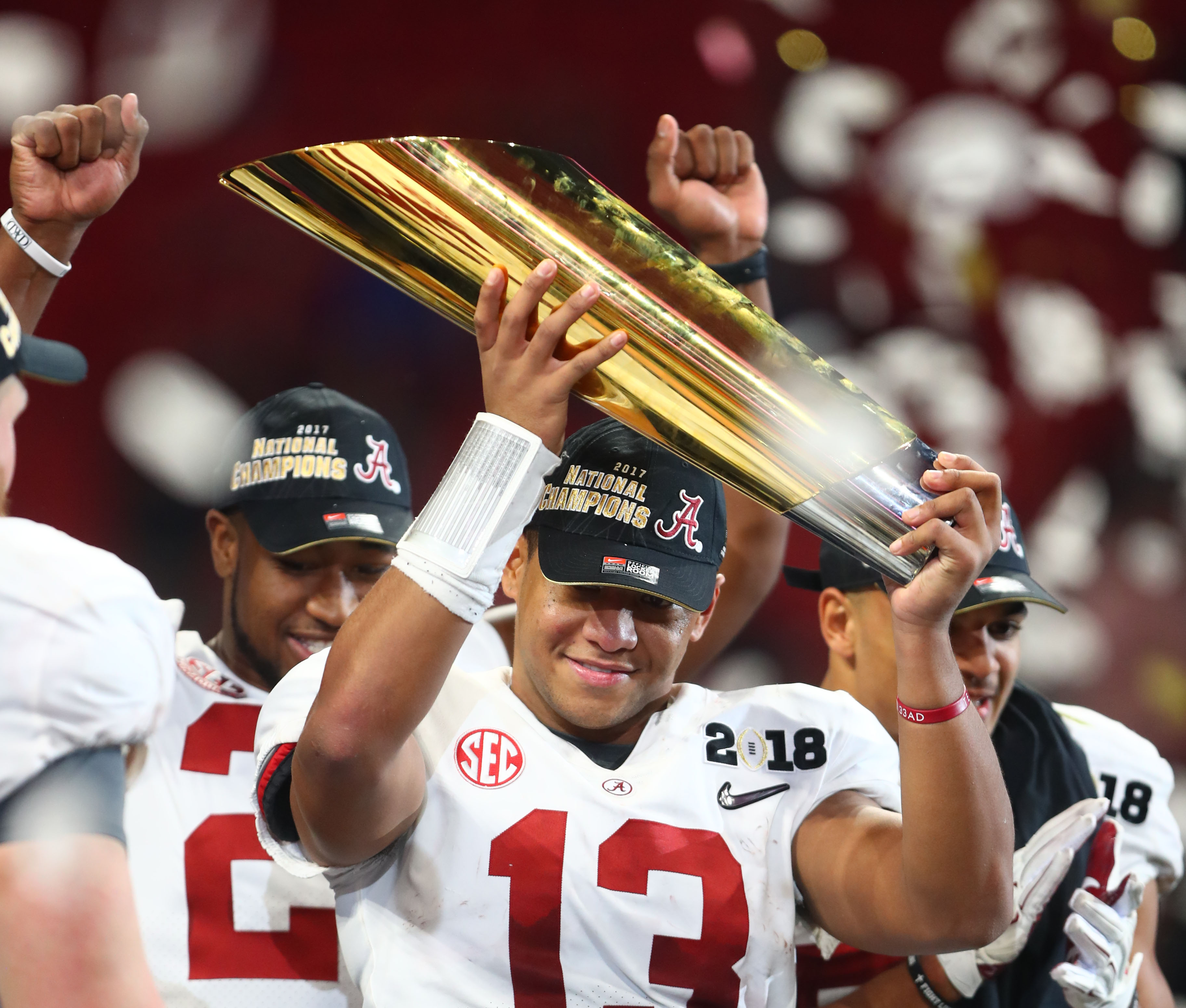 In what turned out to be an instant classic, Alabama was able to narrowly defeat Georgia in overtime by a score of 26-23. A beautifully executed pass from freshman QB Tua Tagovailoa to fellow first-year youngster DeVonta Smith clinched the fifth title in nine years for the program.

As we further analyze the fantastic contest a day later, there are multiple things we can take away from this match-up. Jalen Hurts and Jacob Eason Will Be Moving On

Hurts and Eason both were the starters at the beginning of this season. Early on, Eason suffered a knee injury — thus limiting his participation. Freshman Jake Fromm proceeded to take the reins of the Bulldogs’ offense…and never relinquished them. Eason was a high-profile recruit last year, and similarly started for Georgia as a true freshman.

However, there’s no conceivable way for Eason to unseat Fromm from the position — particularly since Fromm led the team to an SEC Title and a National Championship Game appearance. According to recent reports, the gunslinger out of Washington could be transferring back home to play for the hometown Huskies. Eason would have to sit out next season, though he’d be a terrific replacement for UW’s current signal-caller Jake Browning.

The situation surrounding Hurts is a bit trickier. In two seasons as Alabama’s starting quarterback, Hurts has a career record of 27-2. His touchdown-to-interception ratio this past year is 17:1. Without any context, one would assume Hurts is a virtual lock to start for the next two seasons.

However, this simply isn’t the case anymore. Hawaiian freshman Tua Tagovailoa was inserted at halftime of the title game to inject some life into a struggling passing game. As we know, Tagovailoa proceeded to lead the Crimson Tide to a victory. Hurts is a fantastic athlete — though struggles with accuracy on downfield passes. Tagovailoa appears to be the better passer of the two. When factoring in his age, Tagovailoa likely will be the odds-on favorite to start the 2018 season.

As such, Hurts should seek playing time elsewhere.

The Future Is Bright For Both Teams Both teams had a litany of elite freshmen playing in this contest. We don’t mean playing sparingly on special teams — but rather in significant roles.

Tagovailoa connected with freshmen DeVonta Smith on the game-winning 41-year touchdown pass. Fellow frosh receiver Jerry Jeudy has been a starter for the Crimson Tide all season long. Offensive linemen Alex Leatherwood and Jedrick Willis played extensively in the contest. Receiver Henry Ruggs III caught three passes — and appeared to be very explosive in the process.

Last but certainly not least, Alabama running back Najee Harris demonstrated why he was widely regarded as the No. 1 recruit in last year’s class. He led Alabama with 64 rushing yards on only six carries. From an eye-test standpoint, Harris looks like a more elusive and athletic version of Bo Scarbrough (which is utterly frightening).

On the Georgia side of things, sophomore Riley Ridley — the brother of Alabama star receiver Calvin — led the team with six grabs for 82 yards. Fellow sophomore Mecole Hardman had two touchdowns (one rushing, one receiving). Defensive lineman Julian Rochester — also a sophomore — has the look of a future first-round NFL draft pick. With Nick Chubb and Sony Michel off to the professional ranks, freshman D’Andre Swift looks primed to be a breakout star in ’18.

Lastly, there’s Fromm. Georgia’s signal-caller is poised beyond his years. His feel for the game is superlative — as is his ability to spread the ball to all parts of the field.

With the way Alabama and Georgia both recruit, there simply will not be a shortage of talent within each respective program anytime soon.

Najee Harris is Alabama’s Next Great Running Back

Harris had tremendous hype coming into college. A native of the Bay Area, Harris flashed glimpses of what he could be during the regular season. The deep running back rotation featuring Scarbrough, Damien Harris, Josh Jacobs, and even Hurts didn’t cater to Harris getting a ton of touches. On the year, he accrued 370 rushing yards on a 6.1 yards-per-carry average.

In need of a jolt, Saban opted to insert Harris into the contest versus Georgia. He made an immediate impact — showcasing both speed and power from his initial carry. Harris was fantastic when it came to being a patient runner. He’d read his keys whilst waiting for a hole to open up. Upon seeing daylight, Harris would burst forward for some positive yardage.

He’s truly a physical freak in the best sense of the word. There’s no news yet on the potential NFL declarations of both Harris and Scarbrough. Regardless, expect him to be a huge part of the Crimson Tide offense next season.

Georgia Is Now A National Power

Georgia always was able to attract elite talent under former head coach Mark Richt. However, there’d still be deficiencies at key positions — particularly at quarterback and along the offensive line.

With Kirby Smart in tow, the program appears to be very healthy going forward. Alabama often overwhelms opponents not only with talent, but also speed and literal size. Georgia looked eerily similar to them in all facets.

It comes as no surprise, considering Georgia boasted a spectacular recruiting class last year. As for this current crop, the ‘Dawgs rank No. 1 nationally. With Fromm only being a freshman, and the litany of skill players (Ridley, Hardman, Swift) still underclassmen, this team is poised to be very good for a long time. The Rivalry Has Begun

SEC teams might not want to hear this, but we’ll offer this proclamation: Georgia and Alabama will be dominating the conference for the foreseeable future.

The two are unparalleled when it comes to recruiting elite personnel. Georgia gets to pull players from one of the most talent-rich states in the country. Duly, Alabama has the cachet to get athletes from literally anywhere.

Secondly, Saban is on the cusp of becoming the most prolific head coach in the sport’s history. His protégé — Smart — also appears to be operating with a positive trajectory. He learned from the best, and one can be sure Georgia will be functioning similarly to how Alabama is under Saban. 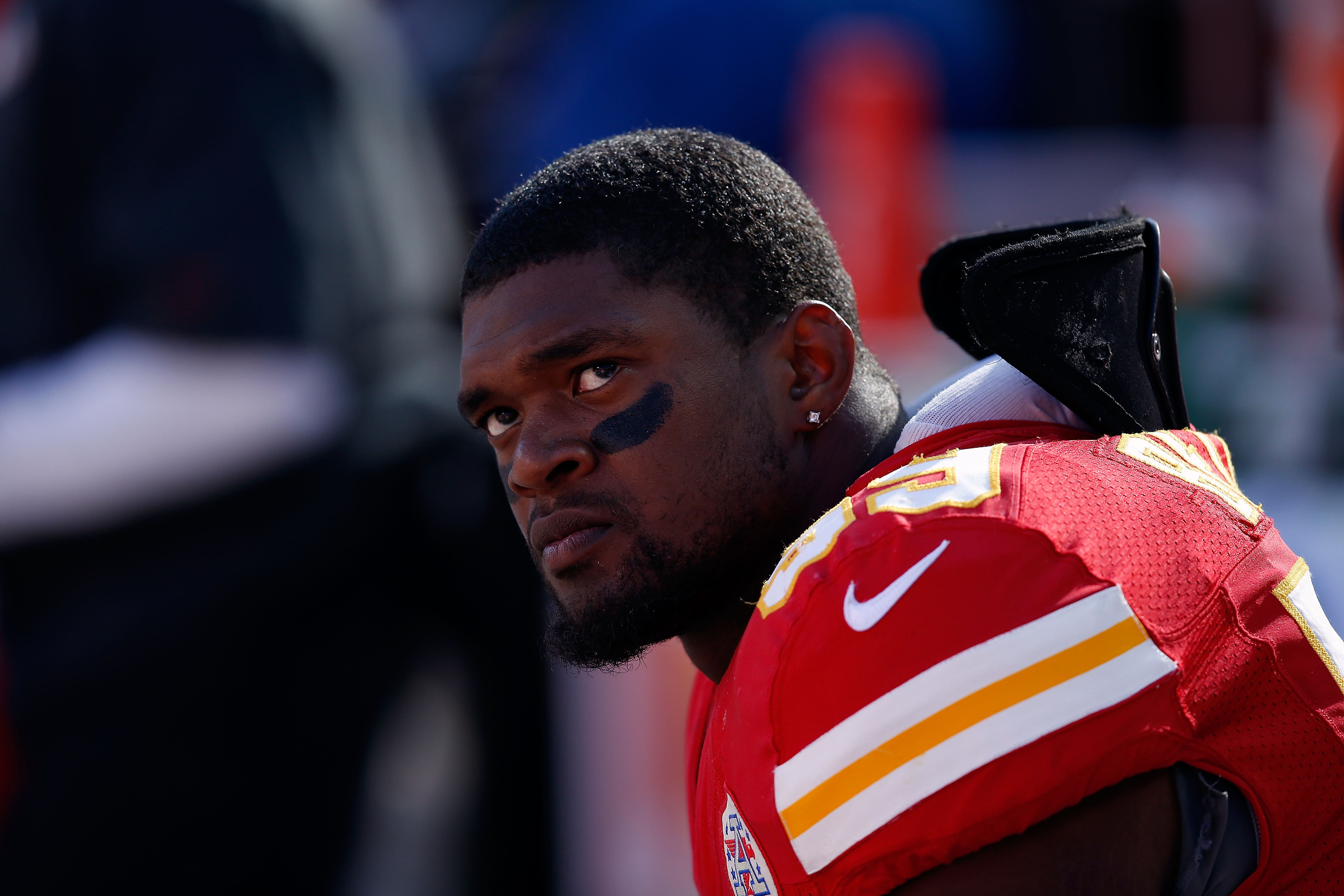