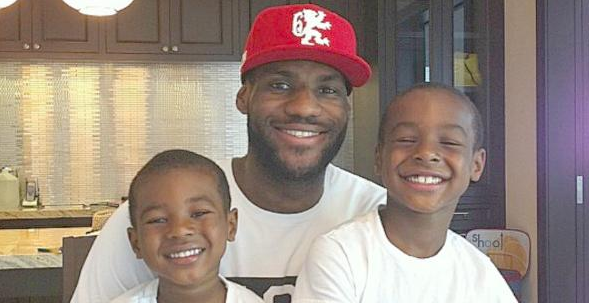 When your father is LeBron James, most would expect you to do everything in your power to follow in your father’s footsteps. However, Bryce and LeBron Jr. have chosen to do the opposite.

LeBron Jr. wears No. 30 in honor of Golden State Warriors point guard Stephen Curry, while Bryce wears No. 0 as a tribute to Oklahoma City Thunder point guard Russell Westbrook. It doesn’t bother LeBron James though, as he recently told ESPN’s Dave McMenamin, “I love that they carve their own path.”

The number choices are clearly working based on the way they are dominating their competition:

It’s definitely surprising neither son dons the legendary No. 23, but as long as Bryce and LeBron Jr. are cheering for the Cleveland Cavaliers to win the NBA title, life in the James household is all good.