LeBron James has been to eight-straight NBA Finals. In other words, he’s completely dominated the Eastern Conference for nearly a decade.

Fellow East foes appeared like cupcakes to LeBron-led teams — as both the Cavaliers and the Heat would gobble these opponents up with regularity. It’s almost as if the big brother was bullying the little brother out on the driveway in a game of 21. At times, it simply wasn’t fair.

All of that has gone away due to the power of Magic Johnson and the Los Angeles Lakers franchise. With James now situated out West, the Eastern Conference is completely wide-open. This piece will look at the main players ready to assume the role as the class of the East.

Before we delve in too deeply, we can cut some of the proverbial fat right away.

Milwaukee may have the best player in the conference (Giannis Antetokounmpo). However, the team still has Eric Bledsoe manning the point. Yikes. They’re officially knocked out of contention. The same can be said for Washington. There’s a weird locker room dynamic with Bradley Beal and John Wall. The team didn’t appear to get any better this offseason. It also landed Dwight Howard as its starting center — – a fact that could turn out to be a net negative. I’m willing to guess Howard and Wall/Beal will have more than a few issues with one another by the end of the season.

Cleveland will assume its role in the pre-LeBron era as one of the true NBA doormats. Detroit is a complete non-factor — as is Chicago, Brooklyn, New York, Atlanta, Charlotte, Miami, and Orlando.

As a result, we’re left with four teams: Boston, Indiana, Philadelphia, and Toronto. Of the four teams, Boston appears to be in the best shape to capitalize on the absence of LeBron.

Last year’s run was highly impressive considering it was done completely without Gordon Hayward, and mostly without Kyrie Irving. The league witnessed Jayson Tatum blossom from a rookie into a future 10-time All-Star. Terry Rozier even flashed big-time ability when thrust into a starting role. Jaylen Brown took steps towards becoming a legitimate wing, and Al Horford functioned yet again as the NBA’s most underrated player.

Brad Stevens — a man many consider the best head coach not named Gregg Popovich — will be working through integrating both Irving and Hayward into the rotation. Hayward’s fit shouldn’t be much of an issue, as he doesn’t require the ball to be overly effective. There’s also preexisting familiarity with Stevens’ scheme from their days together at Butler.

As for Irving, it’s another story. The uber-gifted point guard excels in one-on-one situations. He can break down the opposing defense as well as anyone. However, there are questions as to how he’ll fit in with Stevens’ offensive scheme (as well as the looming free agency situation hanging over the proverbial head of the franchise).

The Pacers surprisingly took the LeBron-led Cavs to a Game 7 in last year’s opening round. With that said, should we really be all that surprised? Nate McMillan did a terrific job in meshing together the respective talents of his personnel. It also didn’t hurt to see Victor Oladipo explode into an All-NBA player.

Aside from Oladipo, the Pacers got strong contributions from veterans Darren Collison and Thad Young. The team as a whole has good young talent across the board (Myles Turner, Domantas Sabonis, T.J. Leaf, Aaron Holiday) to go along with depth on the wings (Tyreke Evans, Bodgan Bogdanovic, Doug McDermott).

This is a deep team — and one which will lean heavily upon its All-Star guard. Don’t be surprised to see this team (at minimum) make the conference semifinals in 2018-19. Philadelphia is the most intriguing team on the list. With respects to Oladipo, Irving, and Tatum, the duo of Ben Simmons and Joel Embiid have the highest ceilings of any player on a playoff contender.

Embiid’s biggest concern is his ability to stay healthy. If he’s out for any extended period of time, the 76ers will be wiped out from contention immediately. However if on the floor, the native of Cameroon can dominate any given game — both offensively and defensively.

Simmons’ uniqueness as a player also cannot be overstated enough. As he approaches his second year, Simmons will only get better at attacking the lane. His passing ability is already at an elite level. As he grows offensively, Simmons will become that much more dynamic.

This offseason was a bit of a disappointment — namely became the team has (to this point) been unable to land a big fish via free agency or the trade market. That all will change if Philadelphia can land Kawhi Leonard. However as currently constituted, head coach Brett Brown will be running it back with virtually the same squad from last year (with the hopes Markelle Fultz re-learns how to play the game of basketball).

Raptor fans should be rejoicing! No longer will people be calling Toronto by its new nickname of LeBronto. As has been widely documented, James crushed Toronto multiple times in postseason play.

Last year’s result was a particularly tough pill to swallow for the Raptors — especially since coming off of what many considered to be the best regular season performance in franchise history.

But with LeBron gone, the East is now sitting there for Toronto to reach out and grab it, right?

In the words of the immortal Lee Corso, “Not so fast, my friend.“

Toronto will yet again run it back with the same team from a season ago. This isn’t a bad thing — considering the team finished with the second-best record in the NBA last year. However, it isn’t necessarily a good thing, either.

Kyle Lowry is approaching his 33rd birthday. DeMar DeRozan still insists on passing up three-point attempts for mid-range and lengthy two-point jumpers. Serge Ibaka is a shell of his former self, and big man Jonas Valanciunas simply can’t play against smaller, quicker line-ups.

To top it off, Toronto is breaking in a first-time NBA head coach in Nick Nurse. The Raptors will still win 50+ games, and likely will be a top-three seed. However, it remains to be seen as to whether they’ll be able to shake the mental issues plaguing them for years in the playoffs.

We start and end with the Celtics. Boston has more resources than any team on this list. With its collection of young players and stockpiled draft picks, it can go out and secure a big-time player should it choose to do so. The Celtics have a long, versatile starting five (Irving, Hayward, Brown, Tatum, Horford). When speaking about the three wings, each of them can switch on any screen. They also all can be de facto playmakers when called upon.

Collectively speaking, this team appears to be incredibly difficult to stop on offense. It also has the potential to be an elite defensive team. When further factoring in the young age of the team, Boston is poised to be very good for a very long time. 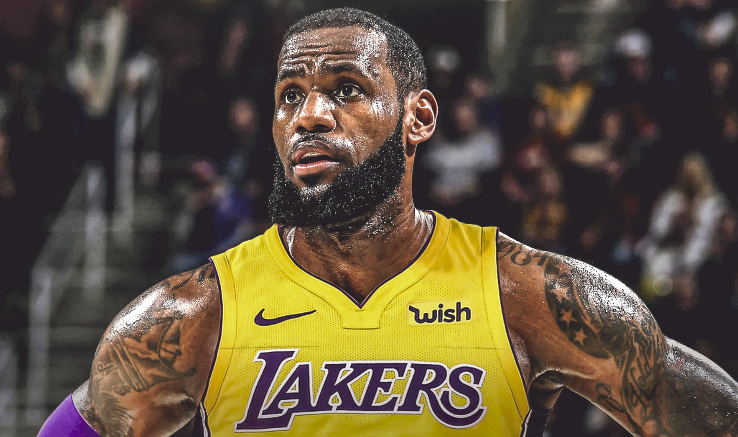