Though the Los Angeles Lakers signed the best player on the planet, it was Golden State yet again garnering the most attention for a truly unbelievable signing.

DeMarcus Cousins inked a 1-year/$5.3 million deal with the Golden State Warriors. Yes, it’s the same Cousins that averaged 25.2 PPG and 12.9 RPG a season ago. There’s so much to unpack with this move, that it could be written in a manifesto-like platform. However, we’ll try and truncate it as best as possible.

There’s no guarantee Cousins will be anything like he was prior to a gruesome Achilles injury. He may not even be 50-percent of the player we’ve come accustomed to seeing. With that said…it really doesn’t matter. Golden State is swinging for the fences with this signing. It’s a low-risk/immensely high-reward personnel move. The Warriors essentially played with no center a season ago (with apologies to Jordan Bell, JaVale McGee, Zaza Pachulia). Cousins will have all the time he needs to fully get healthy before joining this team for the playoff push.

A hampered Boogie is still infinitely better than what Golden State had patrolling the paint during all of its title runs. Cousins is excellent on the block as both a post scorer and a rebounder. These are arguably the two weakest aspects of this team. In theory, his ability to score in the paint will allow for Steve Kerr to stagger the minutes of the big four. Cousins could even anchor the second unit as the primary scoring option with everyone else getting rest.

If Cousins isn’t effective on the court, the Warriors can simply bench him. It’s a win-win move — and one which can be made only by an incredibly competent and confident franchise. It’s been a tumultuous offseason for the Houston Rockets. Remember, this team was one win away from usurping the Western Conference crown from the Warriors — and likely the title as well.

There were a number of decisions to make in the wake of this success. Namely, it started with the status of Chris Paul. Despite having a history of injury issues, the 33-year-old signed a 4-year max deal worth $159.7 million. This includes a fourth year player option estimated at $44 million. At 37 years of age, its unlikely Paul will pass up the fourth year. For as good as Paul’s been for Houston, this contract may hang like an albatross across the franchise’s neck in two years’ time. However, the Rockets were essentially forced into completing this deal.

Clint Capela’s status with the team is also a large question mark. Although a restricted free agent, the two sides have yet to come to an agreement. Houston is reportedly offering in the $60 million range — whereas Capela’s camp wants a contract nearing $100 million.

To make matters worse, Houston let its two best perimeter defenders — Luc Mbah a Moute and Trevor Ariza — walk in favor of re-signing Gerald Green and inking Michael Carter-Williams. To put it mildly, this is a massive downgrade in terms of defensive capabilities, basketball I.Q., and grit. Furthermore, there are rumblings that Houston will do everything in its power to sign Carmelo Anthony (assuming he’s bought out from Oklahoma City). Similarly to Green and Carter-Williams, Anthony can’t play a lick of defense.

The Rockets essentially will become much worse defensively. This isn’t a recipe for success with Golden State and now LeBron looming in the rugged Western Conference.

The Lakers are the major winners here in this period. It’s always a great thing when you can land the top player in the game today. LeBron James instantly uplifts the Lakers from an upstart young team to one primed for postseason play. While his talents are immense, one also has to take into account the impact he’ll have on the likes of Brandon Ingram, Kyle Kuzma, Lonzo Ball, and the rest of the young players on the roster. Major growth can take place simply due to James’ brilliance.

Other moves — which surely were signed off on by LeBron — include 1-year deals for Rajon Rondo, Lance Stephenson, and JaVale McGee. It’s an eclectic mix of characters to say the least. It’s also a group with little in the way of perimeter shooting. However, all three are battle tested in the playoffs. Stephenson is an irritant to the nth degree, and Rondo certainly knows how to run a ballclub. McGee will be on the squad for his 15 minutes-per-night cameo. This will include dunks, blocks, and boneheaded plays.

Without question, the Lakers are now poised to vault themselves into becoming a top-four seed in the West. Philadelphia is the ‘it’ team for this new generation. Equipped with two potential superstars and a ton of cash, many thought the Sixers would make a splash in free agency. While this still could come to fruition, Philly has been awfully quiet thus far.

It let Marco Belinelli and Ersan Ilyasova walk. As such, the team loses some valuable perimeter shooting. Replacements Wilson Chandler and Nemanja Bjelica don’t inspire much in the way of excitement. Neither does the return of J.J. Redick or Amir Johnson. The Eastern Conference is wide open — particularly with LeBron now on the West Coast.

Philadelphia wasn’t able to convince LeBron to join its young core in a watered down conference. Duly, it doesn’t seem willing to part with Markelle Fultz in a trade for a top wing in today’s NBA (Kawhi Leonard). Philadelphia didn’t necessarily get worse over the offseason, though there’s certainly a lack of momentum when compared to last year’s explosion onto the scene.

The bizarre trade of Mikal Bridges for Zhaire Smith also may have given the team some bad karma — particularly since Bridges’ mother works for the organization.

While Indiana didn’t make any big moves, it strengthened its overall depth quite nicely.

The addition of Tyreke Evans gives the Pacers a real scoring threat off their bench. Evans also adds to Indiana’s lineup versatility during crunch time. A potential lineup featuring Evans, Victor Oladipo, Bojan Bogdanović, Myles Turner, and Domantas Sabonis is both big and offensively inclined. Subbing out Sabonis or Turner for Darren Collison would then give the team a faster, small ball-ish quintet.

Kyle O’Quinn won’t be asked to play major minutes. With that said, he’s more than serviceable as a shot-blocking rotational big behind the aforementioned duo of Sabonis and Turner. Doug McDermott did surprisingly get $22 million over three years. However, he’s only 26 years of age — and did connect on 49.4-percent of his three-point attempts last season (40.3-percent for his career).

Lastly, bringing back Thaddeus Young continues the chemistry cultivated from last year’s playoff appearance. This is a young group with plenty of confidence and (now) newfound depth. Don’t be surprised if Indiana is in the mix for a top-three seed in the Eastern Conference next season. Minnesota really hasn’t done much to improve its team within a very tough Western Conference.

Jamal Crawford — the team’s best bench player by a mile — decided to decline a player option in order to become a free agent. The Seattle native averaged a respectable 10.3 PPG on 47.7-percent from the field. Another solid reserve — Bjelica — also left (in favor of Philadelphia). Bjelica was arguably the best back-up big man for Minnesota last season.

He only averaged 6.8 PPG, but did so with 41.5-percent shooting from three and 46.1-percent from the field. His ability to stretch the floor will be missed, especially since no one outside of Karl-Anthony Towns is much of a threat from behind the arc.

Anthony Tolliver was brought in to play that role. He did shoot 43.6-percent from three a season ago. However, Tolliver is also three years older than the Serbian sharpshooter. Derrick Rose was brought back on a short deal, though at this point in his career, that’s hardly a needle-mover for Minnesota.

Simply put, this team will essentially have the same warts it harbored a year ago. Outside of Butler, there’s not much in the way of individual playmaking. Duly, the Wolves finished 17th in three-point percentage last season. It doesn’t appear as if they’ve done anything to improve drastically in that category.

With other competitors within the West improving in a big way, one could envision a scenario in which Minnesota struggles to make the playoffs.

*OKC is an honorary winner for re-signing both Jerami Grant and Paul George, and adding Nerlens Noel is a low-risk/high-reward big man option. 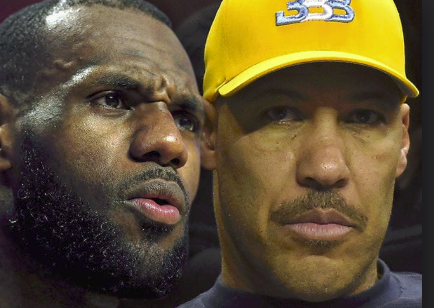