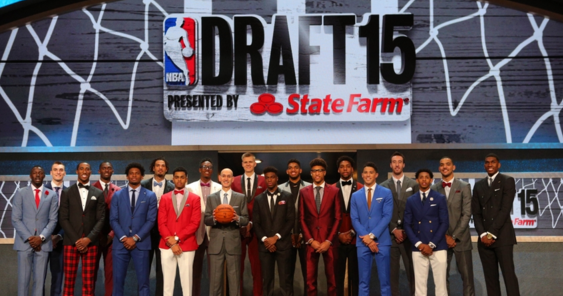 The NBA season began less than a month ago, but that’s more than enough time to predict how this year’s crop of rookies will turn out. While D’Angelo Russell and the rest of the perimeter players adjust to the speed of the NBA game, a few big men have already asserted themselves. Let’s dive right into who the most impressive rookies have been thus far:

The Timberwolves have the best young nucleus in the NBA, largely due to the fact that they have the last two No. 1 draft picks on their roster. The ‘Big KAT’ (nickname courtesy of the Big Ticket) possesses all the tools that teams look for in a No. 1 pick – he has size, length, tenacity, and a genuine feel for the game of basketball. His smile is contagious, his post game is refined, and his jump shot is smooth as butter. What isn’t there to like? The only concern left with Towns is whether or not he has the ‘it’ factor. Only time will tell, but Minnesota has to be pretty excited at this point.

Since Sam Hinkie took over, the 76ers have not been shy about their rebuilding schemes. Philly continues to gamble on their top draft picks panning out, which is a risky yet logical strategy. Okafor was the safest draft pick in 2015, because the whole country watched him dominate the collegiate game. His exceptional post-up game will keep him in the NBA for years to come, but his weaknesses are beginning to be exposed. Ask DeAndre Jordan how it feels to shoot 20 free throws a game. The league has figured out how to manipulate poor free throw shooters, and if Okafor wants to sleep well at night, he’ll learn how to make free throws sooner rather than later.

Unlike Okafor, Porzingis was viewed as the biggest surprise on draft day. The Knicks’ new President of Basketball Operations, Mr. Phil Jackson, took an enormous leap of faith on this European prodigy. His finesse game on offense resembles a young Dirk Nowitzki, which is the player the Knicks had in mind when they selected him. Unlike the first two big men, though, Porzingis actually has a mean streak to his game. He has the guts to take a buzzer beating three-pointer to win the game, and the humility to laugh it off when the refs determined it didn’t count. Watch out world – Kristaps Porzingis is playing like he has something to prove.

You can’t go wrong with any of these three players, because they all exhibit tremendous amounts of potential. Although they had the last pick out of the three teams, in my opinion, the Knicks should be the most excited about their selection. When in doubt, I’m going with the dude who has two rings as a player and 11 as a coach. These three should all be All-Stars for years to come, but now almost one month into their young NBA careers, Porzingis appears to be the 2015 Draft’s cream of the crop.