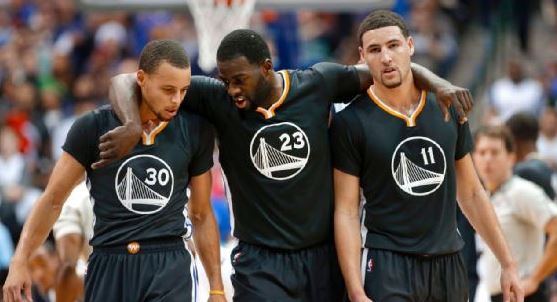 The Golden State Warriors destroy hopes and dreams. They shatter powerhouses and deflate egos. They end seasons and laugh throughout the process. 29 NBA franchises are terrified of them, and this reign of terror just seems to be getting started.

But hypothetically, what if the MVP was not in the picture? Would the dominance quickly come to an end? If the second round series against the Portland Trail Blazers was any indication, it certainly seems so.

Stephen Curry has shown miraculous health throughout this NBA season, missing only nine of his team’s 92 games. It’s quite obvious that a back-to-back MVP is the catalyst for his own squad, but Curry’s impact somehow seems to stretch beyond that.

When No. 30 is not in action, the Warriors suddenly appear incredibly average.

After a thumping by the Portland Trail Blazers in Game 3, it was vital for Curry to return and salvage his team in Game 4. Behind an NBA-record 17 points in overtime, Golden State escaped with a 3-1 series lead, and was reminded of their incredible reliance on their star point guard.

The Warriors need their Baby-Faced Assassin to not only hit incredible shots, but lead by example in moments where superstars make plays. He did just that, and must continue to do so if the Warriors are to complete the greatest season in NBA history.

8 wins from championship lore, Kevin Durant and Russell Westbrook now stand in Golden State’s way. But as long as Curry is on the floor, the Warriors go from a solid squad to an absolutely unstoppable one.