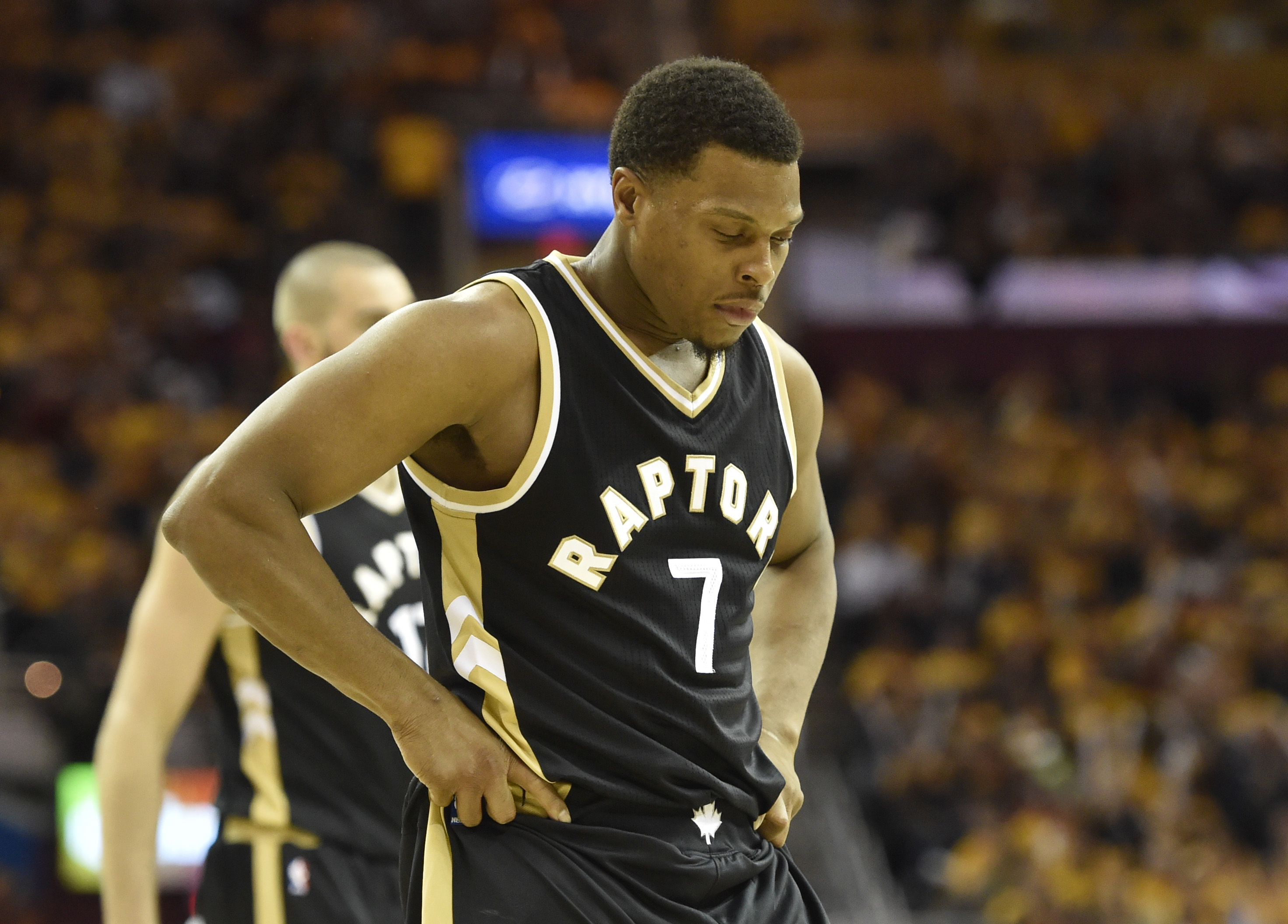 Cleveland made quick work of Toronto — sweeping the Raptors in a rather easy fashion. This marks the second consecutive season in which Toronto has been knocked out by the juggernaut that is the Cavaliers and LeBron James.

Though GM Masai Ujiri has done a wonderful job of assembling this group, it doesn’t appear as if the current team can get over the proverbial hump and become a true contender in the playoffs. Tweaks will most certainly have to be made.

Within that same token, there could be wholesale transactions inevitably changing the franchise completely.

Serge Ibaka — a midseason acquisition — is an unrestricted free agent. He wasn’t completely comfortable alongside Jonas Valanciunas in the post. Do the Raptors really want to give Ibaka a max deal? P.J. Tucker and Patrick Patterson — two important players within Toronto’s rotation from this past year — will also be free agents.

And then there’s Kyle Lowry.

The 31-year-old native of Philadelphia has transformed himself into one of the best point guards in the league. He’s become an All-Star in each of the past three seasons, and is unquestionably the most significant player on the roster.

He chose to decline a $12 million player option — allowing for Lowry to chase in all likelihood the last big contract of his career.

The Raptors truly have no choice but to try and coax Lowry into coming back. The big thing Toronto has going for itself is the amount of money it can offer Lowry. A five-year deal will exceed $200 million. Any other potential competitor for Lowry’s services will be strapped by a limit of four years.

Toronto could opt to not give Lowry a guaranteed fifth year. But as we saw with Al Horford and Atlanta, this scenario of hinging on a hometown discount doesn’t always work out well.

This offseason could ultimately be a make-or-break one for the Raptors. They aren’t quite good enough to challenge Cleveland, yet they’re firmly a strong playoff team. In a sense, they’re the Memphis Grizzlies of a few years ago. Should both Lowry and Ibaka leave, Ujiri would be faced with the real prospect of having to rebuild around DeMar DeRozan — a player not exactly fitting in with the landscape of how the NBA is currently played.

It should be a very fascinating offseason in Toronto.