The saga between Kawhi Leonard and the San Antonio Spurs has officially ended.

It ends the bizarre fall out between Leonard and the Spurs. In the process, this trade also changes the complexions of each team not only in the present time, but also as we look forward to the future.

This piece will break down what the deal means for each team. Toronto is clearly attempting to vault itself into Finals contention. San Antonio is re-calibrating with the hopes of still remaining relevant in a rugged Western Conference.

What This Trade Means for the Spurs

There’s a lot unpack as it pertains to San Antonio. It’s never a good thing to lose arguably the best two-way player in the NBA at the ripe age of 27. The Spurs aren’t a better basketball team after making this trade. With that said, it’s a positive for San Antonio to get something back rather than simply letting Leonard walk out the door scot-free at the conclusion of the season.

DeRozan isn’t the typical ‘Spursy’ player. The Los Angeles native is a ball-dominant player with a reluctance/inability to shoot threes. He has a career average of only 3.1 APG. DeRozan did make a career-high 89 threes last season. However, those came on a 31.2 percent clip (and a 28.9 percent average from three for his entire career). However, optics indicated DeRozan being somewhat valuable. He’s only 28 years of age. With three years left on his deal, San Antonio can at least utilize DeRozan’s prime years before then deciding whether to re-up with him as he approaches his 31st birthday. The Spurs now will be forced to pay DeRozan roughly $83 million over the next three years. This undoubtedly ties up their cap space and thus extinguishes payroll flexibility to a large degree.

Poeltl — the 2016 No. 9 Overall pick — is someone more in the mold of what San Antonio looks for in a player. The native of Austria certainly fits in with the Spurs’ penchant of acquiring international players. He’s very skilled and savvy in the post. Poeltl is more finesse than he is physical — though his lack of athletic prowess is mitigated by a strong basketball I.Q. Last year, he averaged 6.9 PPG, 4.8 RPG, and 1.2 BPG in only 18.6 minutes. He may not develop into an All-Star level player. However, San Antonio is as perfect a spot for Poeltl from a development standpoint. The 22-year-old will likely battle with Pau Gasol for minutes whilst eventually eclipsing him as the starting center down the line.

San Antonio also acquired a 2019 first-round pick with certain protections. Toronto protected the pick within the 1-20 range. Should it fall outside of that range, San Antonio will instead pick up two second-round selections.

With DeRozan and Poeltl in tow, here’s how San Antonio’s depth chart appears to look:

With the glut of guards on the roster, one can envision Gregg Popovich playing a considerable amount of small ball. This would require Aldridge to man the five spot with Bertans, Cunningham, or Gay slotting in at the four. DeRozan could even slide to the three spot in order to facilitate more shooting on the floor (Belinelli), quickness (Mills), or athleticism (Walker).

It will be fascinating to see how DeRozan fits into this convoluted puzzle. Recent reports indicate the four-time All-Star being extremely miffed at the Raptors for being dealt. There are even rumblings Toronto told DeRozan recently that he wasn’t going to be dealt. While this isn’t something quantifiable in terms of tangible wins, this whole situation could motivate DeRozan to play exceptionally well. At the very worst, he’ll be playing under what many consider to be a top-three coach in the history of the NBA.

When looking at the larger picture, one has to wonder whether San Antonio overplayed its hand a bit in terms of leverage. It knew the Lakers really wanted Leonard. However, the rumored asking price (Kyle Kuzma, Josh Hart, Brandon Ingram, multiple first-round picks) appeared to be highly exorbitant and unrealistic. Trading Leonard out of the Western Conference was a smart move — and not trading him to the Lakers is wise from an optics standpoint. With that said, one has to wonder whether San Antonio had a better deal elsewhere (maybe Philadelphia?). At the very least, the Spurs should’ve pushed hard to land OG Anunoby and/or a first-round pick without protections in addition to the haul they received.

When healthy, Leonard is a borderline top-five player in the NBA — and is easily the best wing defender in the league. Time will tell whether the Spurs made a positive trade…or got swindled. What This Trade Means for the Raptors

Boston has a host of young players and a ton of assets. Philadelphia has two of the most promising talents in the entire Eastern Conference. Both teams look primed to make real runs at a conference title this year. Toronto had the best record in the East last season. However, it appeared as if it was going to bring back its existing team. This is the same team that has consistently plummeted out of the playoffs on the back of inconsistency and mental weakness.

Wanting to strike when the proverbial iron was hot, president of basketball operations Masai Ujiri decided to completely flip the franchise on its head.

We’ll first speak about the positives of this trade. Leonard is a premier player — and instantly may become the best player in the Eastern Conference. He’s proven repeatedly to be a big game player in the postseason. This is an aspect which will be a welcomed sight for a loyal yet beleaguered fan base. Toronto’s offense often bogged down when Lowry and DeRozan were fighting for perimeter shots. Leonard doesn’t hunt for his shot often. The remainder of the roster should (in theory) feel more involved offensively. This could enable the Raptors to function as a more cohesive unit. Additionally, Leonard is a far more efficient offensive player than DeRozan is/was (and it’s not close).

Leonard’s defensive prowess fits in exceptionally well when flanked by Anunoby, Green, Pascal Siakam, Delon Wright, Kyle Lowry, Fred VanVleet, and Serge Ibaka. Toronto even more so has a roster with versatile, elastic athletes. The combination of wing and guard defenders will be quite valuable in a potential playoff series versus the Celtics (or even the Warriors/Lakers/Rockets).

Here’s what Toronto’s team looks like with the addition of Leonard:

The vaunted Toronto bench remains intact even after this trade. Anunoby could easily slot in at the two or the four depending upon the situation. Duly, Ibaka and/or Siakam can man the center spot when the Raptors want to play more quickly. With a healthy version of Leonard, Toronto is easily a major threat to challenge Boston for the Eastern Conference crown.

Now, we’ll look at the less savory side of this pairing.

We really don’t know what Leonard will look like. There’s a real chance he won’t be the player he once was in San Antonio. There’s been spy-like discretion involving Leonard’s injury status. Leonard suffered an ankle injury during the 2017 playoffs. From there, the SDSU product suffered from something called right quadriceps tendinopathy. This kept Leonard out much of the first half of the season. A brief return to the court was snuffed out rather quickly by a partially torn shoulder muscle. By January, his time on the court — and his relationship with the Spurs — effectively ended.

It’s a large risk in making this move. As recent reports have indicated, there’s no guarantee Leonard will re-sign with the Raptors after this year:

Kawhi Leonard has no desire to play in Toronto, league source tells ESPN.

His preferred destination has long been rumored to be the Los Angeles Lakers. A host of other hungry teams with cap space (like the Clippers) will pull out all the stops for him next summer. It’d be a tough pill to swallow losing Leonard after jettisoning two vital pieces to the team’s success.

It remains to be seen how good Poeltl really is. However, he’s an interesting building block on a relatively cheap contract. Poeltl very well could’ve developed into Toronto’s starting center.

As for DeRozan, it’s a bit more complicated. The franchise’s all-time leading scorer, many feel as if DeRozan is the best player in Toronto Raptors history. He’s been loyal to the franchise, and has been absolutely beloved by the fan base. However, Ujiri deemed it necessary to take the risk in bringing in an elite-level player in Leonard.

In terms of a positive, Toronto did get off of DeRozan’s bloated contract. Should Leonard leave in free agency, the Raptors will have plenty of cash and flexibility to play with in a rebuild situation. Fans in Toronto won’t want to hear that — though Ujiri did set the team up well in the present as well as in the future. He also brought in a player with proven playoff chops. If there was one knock against DeRozan, it was his trend of shrinking when the games meant most.

Give Ujiri credit for making a big gamble. As a non-big market team, risks like this are often necessary to reach maximum potential. It isn’t very often when a perennial All-Star is left dangled out on the market (particularly one in his prime). It will be very fascinating to see how this upcoming season pans out for both teams. 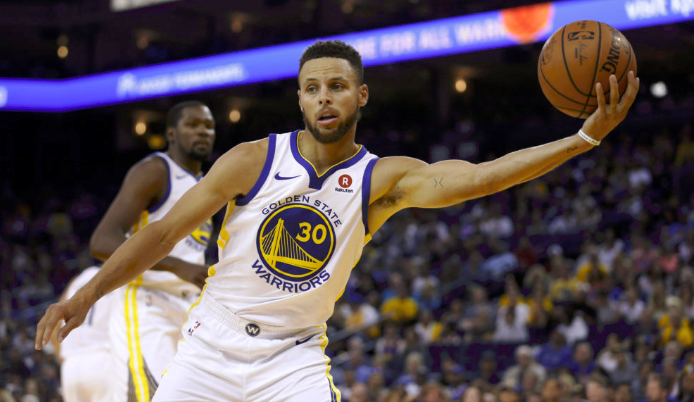