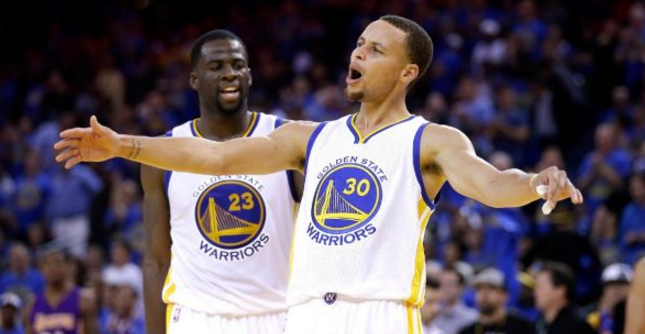 Sorry, league. The Warriors might be back. After a relatively shaky week involving shin issues for Curry, being blown out in Dallas and winning two nail-biters, Monday night’s 111-101 victory over the Hornets marked a return to form. Draymond Green posted his third-straight triple-double, Steph and Klay dropped 30 apiece, and Harrison Barnes played 19 minutes in his first game action since Nov. 27.

The most notable good news here, though, is Steph’s apparently healthy shin. After aggravating the injury Saturday night, Golden State was unsure if the injury would linger (the Warriors are 2-6 without Steph since 2013).

However, Steph quickly quelled any concerns. “I didn’t even think Steph was going to play tonight to be honest,” said Luke Walton. “He said he felt good out there and they cleared him. If Steph Curry is going to play, I’m never surprised he’s going to score 30 points.”

Tuesday night, the Warriors visit the Lakers, whom they last beat by 34 points. Assuming they can overcome Swaggy P’s newfound Yeezy powers and end the Lakers’ 2016 winning streak, the Warriors will sit at 33-2 and face only one opponent with a winning record over their next six contests (Miami at Oracle).

If the Dubs can take care of business, they will sit at 39-2 through the season’s first half — one game ahead of the ’96 Bulls’ pace — before perhaps the toughest stretch of their schedule commences. The Warriors begin with a January 18 showdown in Cleveland, followed by a visit to Chicago, then consecutive home tests against Indiana, San Antonio, and Dallas.

The ’96 Bulls’ fourth loss was on February 4th. If Golden State hopes to seriously challenge the regular season wins record (72), they’ll need a strong January, and, if Monday night was any indication, it seems like they’re finding their groove again at just the right time.