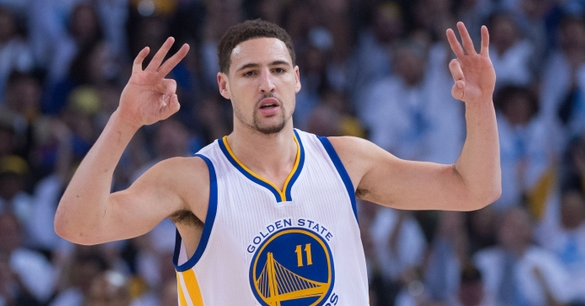 On Sunday, when asked to name the best shooting guard in the league, Klay Thompson said “I’m going to go with myself.” This confident and reasonable proclamation made some off-day headlines, but also presents an opportunity to acknowledge the bleak state of shooting guards in the NBA today.

The final days of Kobe, Manu, Vince Carter (still around!), and, slightly spryer, Dwyane Wade, accentuate the current void of star slashers in the game. The emphasis on pace-and-space and analytics — and the resulting decline of the midrange game — seem to favor 3-and-D wingers over traditional slashing twos. Those guys also tend to be cheaper, and more versatile defenders — a key in today’s small ball, pick-and-roll (and switch-heavy) era.

Of course, the team (arguably) most responsible for this stylistic makeover is Klay’s Warriors, which brings us back to his comment. At the moment, the only two other candidates in the discussion are James Harden and Jimmy Butler. Here are their Per-36 minute numbers through the season’s quarter-pole:

Last spring, Harden was the only choice here and the MVP runner-up, but he’s carried some some side effects from a Kardashian Summer into Fall, and his defense is YouTube-worthy again. He still has the highest ceiling of the three, although Butler has become a dynamic two-way force. However, Klay’s team is 26-1, and he actually seems to enjoy playing basketball with his teammates, so he is probably having the most fun.

Regardless, if DeMar DeRozan and Old Dwyane Wade are top-five at the position, it means we could use a few more guys carrying the 2-Guard torch.