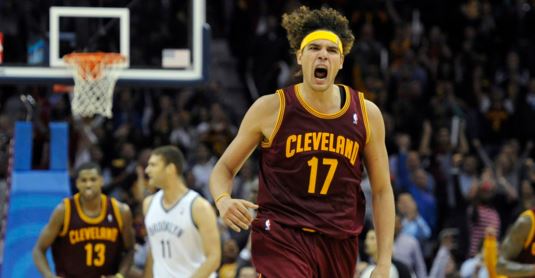 Just when everyone thought the Golden State Warriors couldn’t get any better, the team added another solid piece on Saturday with the acquisition of Anderson Varejao.

The ex-Cleveland Cavalier agreed to a deal that is for the veteran’s minimum. Varejao was drafted by the Orlando Magic in 2004, but was traded to Cleveland less than a month later and has spent all 11 seasons with the Cavaliers. In his career, Varejao has averaged 7.6 points and 7.5 rebounds per game.

The 33 year-old from Brazil was traded to the Portland Trailblazers before the deadline, but the team promptly released him despite the two years and guaranteed $14 million left on his contract.

Varejao will be a solid presence for a team that is already stacked with talent. Even though the Warriors currently sit with a 49-5 record, his size and length will be a welcomed addition with Festus Ezeli and Andrew Bogut both ailing with injuries.

Golden State wasn’t the only team hoping to acquire the Brazilian, as the Warriors beat out the Mavericks, Spurs and Thunder for his services.

Varejao tends to be more of a finesse player on offense with his solid mid-range game, but is tenacious on the defensive end. Teammates love him for his endless motor, as he frequently dives for loose balls and never backs down from his opponents.

The most important opponent might very well be his former team in the NBA Finals, as Varejao taking on Cleveland would provide another intriguing storyline to an already fascinating title rematch.