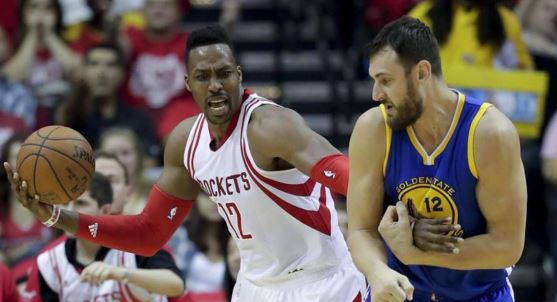 The first five playoff games for the Golden State Warriors have gone far from planned, but despite the questions and concerns, the Western Conference’s No. 1 seed now finds itself in the second round, waiting for the winner of the Clippers-Blazers series. The Warriors managed to escape an historic upset with their MVP and star point guard, Stephen Curry, sidelined for the majority of the series.

While the Warriors are certainly thrilled to move on, body language among particular members of the Houston Rockets would suggest they aren’t too disappointed to be going home early. Questions about team chemistry and effort have plagued the Rockets all season, and their pitiful performances in four of the five games did nothing to quell those concerns.

Rumors of a tenuous relationship between Dwight Howard and James Harden seemed overblown early in the season, but a split between the two this offseason now seems inevitable. After the Game 5 loss, Howard wouldn’t even utter words when asked if he planned to opt-out of his current contract this offseason.

The general consensus is that he will choose to become a free agent, and should garner plenty of interest from teams. But based on Houston’s performance this season with Howard manning the middle, his incumbent squad isn’t likely to be one of them.

The stark contrast in chemistry between the two teams is staggering, as we are only one year removed from the two squaring off in the Western Conference Finals. But now, the Warriors find themselves rallying together to compensate for Curry’s void in their quest for a second straight NBA title, while the Rockets are splitting at the seams.

As usual in today’s NBA, it’s better to be part of the Golden State Warriors.