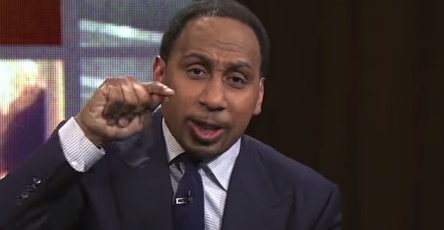 ESPN pundit Stephen A. Smith has never been one to shy away from the spotlight.

Often portrayed with a loud and boisterous manner, Smith holds nothing back when debating a topic — or offering his opinion. A native of New York, Smith is a self-professed Knick fan.

With the current ambiguous state surrounding the franchise (and Carmelo Anthony’s future with the team), Smith deemed it necessary to launch a verbal attack on New York Knicks President Phil Jackson during a taping of the television show First Take:

While Smith has absolutely no power as it pertains to the Knicks’ decision-making process, calling for fans to protest outside of Madison Square Garden seems to be a bit extreme.