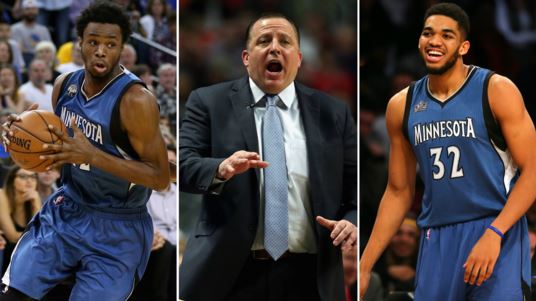 The hottest vacant coaching gig in the association was filled on Wednesday when the Minnesota Timberwolves were able to reach a deal with former Bulls head coach, Tom Thibodeau. Thibodeau will take over the reins as both the head coach and president of basketball operations on a five-year deal worth $40 million.

The move comes as a pleasant surprise as Minnesota has been notorious in recent years for being overly complacent during offseason searches. With rumblings around the league that the Knicks or Lakers could make a push for Thibodeau’s services, the T-Wolves worked quickly to get the deal done.

As a key catalyst on Doc Rivers’ coaching staff during the Celtics’ 2008 championship run, Thibodeau’s resume was undoubtedly one of the strongest on the market.

Coach Thibs will inherit arguably the most talented young roster in the league, featuring the first overall pick from each of the last two drafts in Andrew Wiggins and Karl-Anthony Towns. Thibodeau is known for playing his stars big minutes – in five years with the Bulls, at least one player finished in the top five in total minutes every year – which shouldn’t be a problem for either of these two studs.

Adding in names like Zach LaVine, Ricky Rubio, Gorgui Dieng, and Shabazz Muhammad, Thibodeau’s defensive expertise could shape this hyper athletic team into a juggernaut on that side of the floor. During his tenure in Chicago, Thibodeau’s Bulls teams were consistently elite on the defensive end, and didn’t have nearly the length or depth this Minnesota team has.

Ending the 2016 season with just 29 wins, the T-Wolves will also have the luxury of having a top five pick in this upcoming draft. If Thibodeau and the rest of the Minnesota staff can find another talented piece to add to this stacked roster, the Timberwolves will be a force to be reckoned with sooner rather than later.