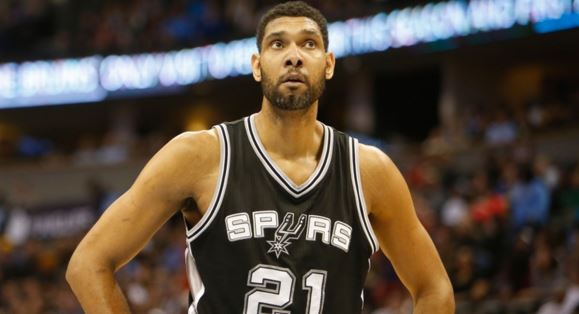 Tim Duncan is no longer Tim Duncan. It’s a sad truth, but one head coach Gregg Popovich must embrace if the San Antonio Spurs are to advance to the Western Conference Finals.

After a shocking home loss in Game 5, the Spurs find themselves in an unenviable position – traveling to Oklahoma City fighting to stave off elimination. The Thunder have ridden Russell Westbrook and Kevin Durant to their 3-2 advantage, but the youth and athleticism of their role players have been equally important.

It stands in stark contrast to the Spurs’ bruising, methodical, slow style of play.

And while the Spurs have been a consistent beacon of success under this model, Duncan’s declining abilities have surpassed his former reliance on fundamentals. In the series, the “Big Fundamental” has a total of 17 points and 18 rebounds in 103 minutes of action. He has more fouls (12) than made shots (7), and is shooting 28 percent from the field.

Simply put, he has been useless.

The craziest part about Duncan’s immediate disintegration is that it has seemingly come out of nowhere. Throughout the regular season, Duncan averaged 8.6 points, 7.3 rebounds and 1.3 blocks in his 25 minutes per game.

And after having just watched Kobe Bryant be honored for his 20 years with a single franchise, Duncan, now in his 19th season with the Spurs, was expected to be celebrated in a similar fashion next year.

Instead, we have watched Duncan’s career come to a screeching halt over the past five games.

Enjoy Game 6 Thursday night, because it might be the last time the greatest power forward in NBA history takes the floor.