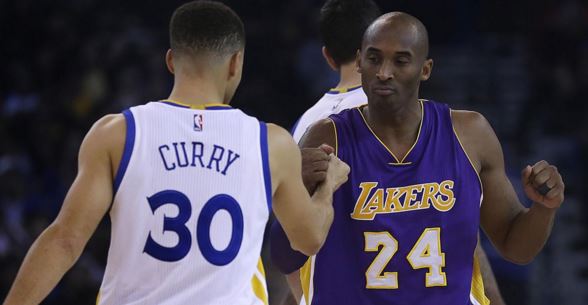 If you want to see Kobe Bryant’s final game or the Golden State Warriors go for the NBA’s all-time regular season wins record, you’re going to have to shell out quite a bit of money. Prices for these two events have reached ridiculously excessive levels as of late.

According to TiqIQ, the Warriors-Grizzlies game has an average listing price of $1,594.15, which is the second-highest game ever recorded. Coincidentally, on the same night, the highest price of all-time goes to none other than Kobe Bryant and the Los Angeles Lakers. Kobe’s finale against the Utah Jazz is going for an average price of $2,110.05.

On StubHub, Kobe Bryant’s swan song is going for an average of $971, with the cheapest tickets currently listed at $685. Just recently, one die-hard Kobe fan dropped $55,000 for a pair of courtside tickets to see the ‘Black Mamba’ perform in the last game of his 20-year career.

The fans aren’t exactly going to the game because of Bryant’s statistical line this season — on the year, the 37-year old is only averaging 17 points, 3.8 rebounds and 2.8 assists per game. Instead, it is to pay homage to a man who brought the Lakers 5 NBA titles and countless memories.

Golden State fans are hoping to witness history, as the Warriors have a chance to get their 73rd regular season victory of the season. It would break the 1995-96 Chicago Bulls’ 72-10 record, and further the argument that this season’s Warriors team is the best in NBA history.

Even the Warriors’ Senior Vice President of Business Development, Brandon Schneider, is shocked by the astronomical rise of ticket prices.

“It unbelievable,” Schneider said. “I’ve been with the Warriors for 14 years. I’ve never seen anything like what we’ve seen this year. We’re seeing tickets trade on the secondary market 80 percent above what we saw last season.”

It’s another reminder that nothing in sports beats being in the arena when history is made.