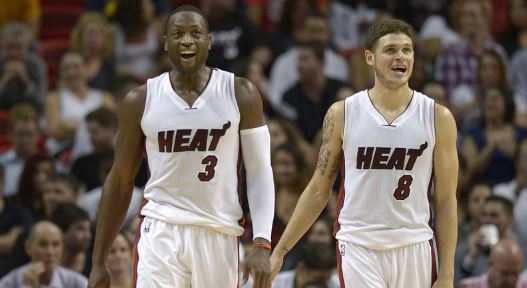 Much has been said of the mind-boggling amount of money being doled out to free agents this offseason, and there is no better example than the Miami Heat’s Tyler Johnson. For the casual fan who doesn’t even recognize the name, he is a 24 year-old combo guard who just signed a four-year, $50 million contract to remain with the Heat.

Undrafted out of Fresno State University, Johnson has played in a total of 68 NBA games, averaging 7.4 points, 2.8 rebounds and 1.8 assists per game in 21.6 minutes of action. The Brooklyn Nets were the first to offer Johnson the ludicrous contract, and since he was a restricted free agent, Miami opted to match the offer to retain him.

The Heat lost face of the franchise Dwyane Wade to the Chicago Bulls, meaning Johnson will be asked to help fill the massive void left at the shooting guard position. And while he has every reason to be confident in his own abilities, even he couldn’t help but admit how shocked he was to receive such a lucrative offer.

When asked how he responded to the contract he was presented, Johnson told Ira Winderman of the Sun Sentinel, “”I threw up a couple of times when I heard the number go out there. I was in shock.”

The Golden State Warriors might’ve exited free agency with the biggest prize (Kevin Durant), but it’s safe to say no one has had a better offseason than Tyler Johnson.