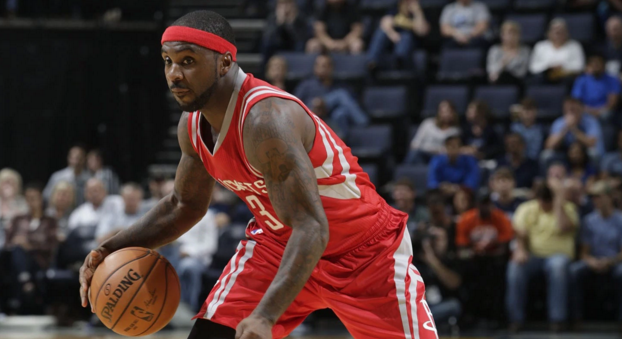 Just when everyone thought the Houston Rockets’ situation couldn’t get worse, it has. Point guard Ty Lawson has been suspended two games for a driving while intoxicated incident from this past January, but that is now the least of Houston’s concerns.

There are rumblings within NBA circles that Lawson’s representatives are investigating his trade value. Unhappy with his current situation in Houston, Lawson’s first 26 games as a Rocket have been a nightmare.

Acquired in exchange for four of Houston’s rotation players, Lawson was expected to come in and form the NBA’s deadliest backcourt duo with James Harden.

However, it quickly became clear that the two don’t mesh well. With both needing the ball in their hands to make plays, Lawson is averaging career-lows in points (5.9), field-goal percentage (.329) and three-point percentage (.294). In addition, Lawson is only averaging 4.2 assists per game – his lowest mark since his rookie year (2009-2010).

Having already lost his starting gig, general manager Daryl Morey clearly miscalculated Lawson’s impact. Looking lost on defense and lacking the burst he once had on offense, Lawson is no longer the player he once was. A change of scenery might help, but it’s unlikely another NBA squad would offer anything significant to the Rockets.

Between the firing of Kevin McHale, reports of Dwight Howard wanting out of Houston, Ty Lawson’s lack of impact and the Rockets’ win-loss record (13-14), it’s panic time in Daryl Morey Land.