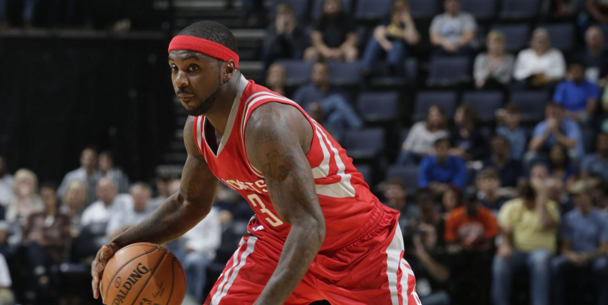 The Houston Rockets and point guard Ty Lawson have officially parted ways after reaching a buyout settlement on Tuesday. It has become the latest symbol of a disappointing season for a Houston Rockets team that had title aspirations.

The move comes as little surprise since Lawson was simply abysmal this season. He ranked last (83rd) among point guards in real plus-minus (-5.95) and set career lows in field goal percentage (38.7), points per game (5.8) and offensive rating per 100 possessions (98).

Last season with the Denver Nuggets, Lawson ranked third in the NBA in assists with 9.6 per game, but averaged just 3.4 this season – the lowest total since his rookie season in 2009-10. Clearly, Houston was not the right fit for Lawson, but it already seems as if there are a few teams interested in acquiring the speedy point guard.

The Indiana Pacers and Chicago Bulls could be great landing spots for Lawson, as both lack depth at the point guard position. While both teams are content with their current starting playmakers (George Hill and Derrick Rose), Lawson could be a nice contributor for a playoff team’s second unit.

There is no question Lawson’s career is trending downward in a major way, but another change of scenery may be exactly what he needs to return to the ability he displayed in Denver.