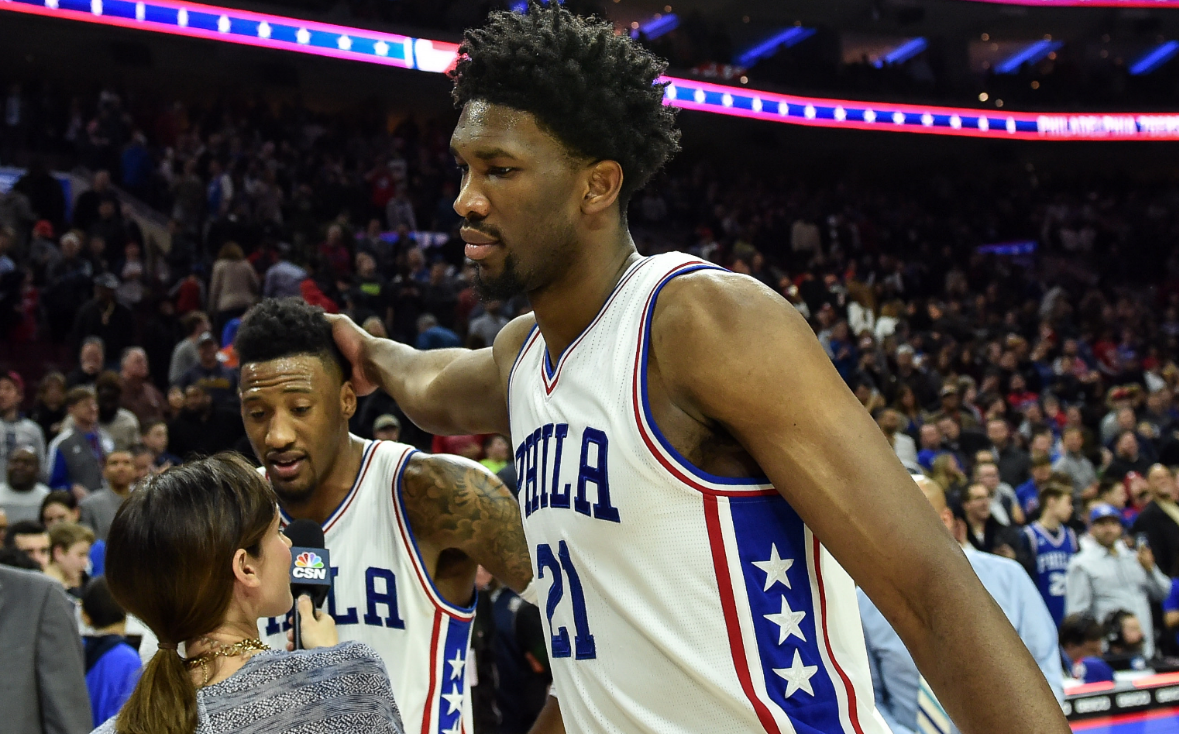 And the Joel Embiid injury saga adds yet another chapter. Embiid hasn’t suited up for a game in almost two months, and will now undergo his third surgery in as many years. The talented, young big man dazzled NBA fans for 31 games this year, blocking shots, showcasing guard skills and being the most dominant “rookie” by a long shot. Fans of the 76ers finally felt their patience with “The Process” had paid off, and former General Manager Sam Hinkie’s grand scheme of throwing as many seasons down the dumpster as humanly possible was beginning to pay off.

With Embiid looking like a star-in-the-making and Ben Simmons waiting in the wings, the 76ers had a young core headed by two potential superstars ready to take the league by storm. We’re still waiting for Simmons to play his first NBA game (which won’t happen this year), and with another surgery on tap for Embiid, we will have to wait until next year for the dynamic duo to make their on-court debut together.

The Embiid news won’t have any significant immediate impact on the 76ers. Philly has played their way out of sneaking into the playoffs in Embiid’s absence, and are better off losing as many games as possible down the stretch to further increase their lottery odds. The 76ers own their own pick in the draft, and will get the right to the Lakers pick if it falls out of the top three. That gives Philadelphia the chance to potentially add two more impact players through a stacked 2017 draft.

But we’ve heard this story before. Sure, Philly has had some bad breaks this year, but with Simmons playing exactly zero NBA minutes and Embiid’s status up in the air, “The Process” doesn’t have a whole lot to show for it. Philly has already shipped out former lottery pick Nerlens Noel for pennies on the dollar, and 2014 third overall pick Jahlil Okafor’s future is unknown at the moment. They’ve found contributors in creative ways, grabbing quality guys like T.J. McConnell, Robert Covington and Gerald Henderson by solid scouting and scouring the free agent market. Their highly-touted lottery picks however haven’t paid the dividends Philly brass would have hoped.

The pressure now intensifies for Ben Simmons to make an immediate impact when he makes his debut. There’s no telling how both young talents will respond coming off major injuries, but 76ers fans don’t have much of a choice but to ‘Trust the Process’.