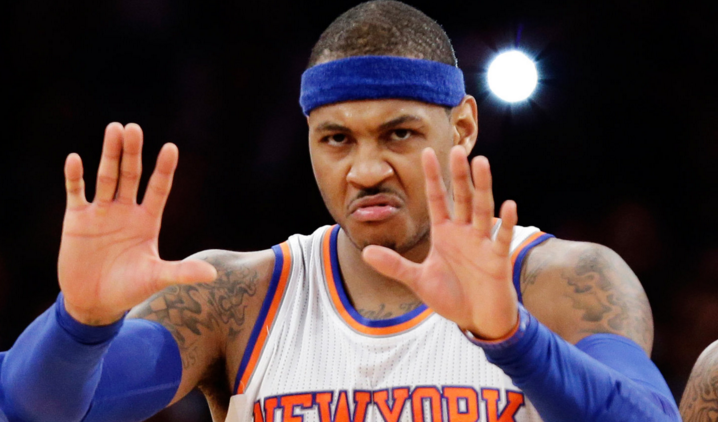 Heading into the year, there was a sense of optimism surrounding the New York Knicks. The signings of veterans Robin Lopez and Arron Afflalo and a good draft class had fans and media alike believing the Knicks could contend for a playoff spot in the shallow Eastern Conference. At 14-16, it seems unlikely the Knicks will sneak into the playoffs, but the team has been much more enjoyable to watch than in recent years.

Despite Porzingis-mania and the revamped roster, much of the Knicks’ success needs to be attributed to Carmelo Anthony and his newfound willingness to share the basketball.

Anthony has taken a hearty amount of flak for the struggles the Knicks have faced over the past few years, and to a certain degree, those critiques were well warranted. His efficiency and poor shot selection are well documented, and his inability to defer and trust in his teammates has (in years past) hurt the Knicks from developing the rest of their roster.

In Carmelo’s defense, the rosters built around him in New York haven’t exactly been stacked, and the “stars” they have had (looking at you Amar’e) seem to fizzle under the bright lights of Madison Square Garden.

Carmelo has proven this year that he can play with other good players and get them involved. Not many would have pegged Porzingis as a front-runner for Rookie of the Year this season, since history would suggest Anthony’s usage rate and ball-dominant ways would restrict the rookie from shining.

However, the opposite has occurred. Anthony has enabled Porzingis to play at a high level right out of the gate because defenses are so concerned with Carmelo’s ability to score. Unlike past seasons, Anthony is now finding open players when defenses collapse on him, allowing Porzingis and other players easy scoring opportunities.

Although the Knicks’ playoff hopes seem to be dwindling with each passing game, the emergence and evolution of a new Carmelo Anthony gives New York fans a reason to believe in the team’s future for the first time in 20 years.