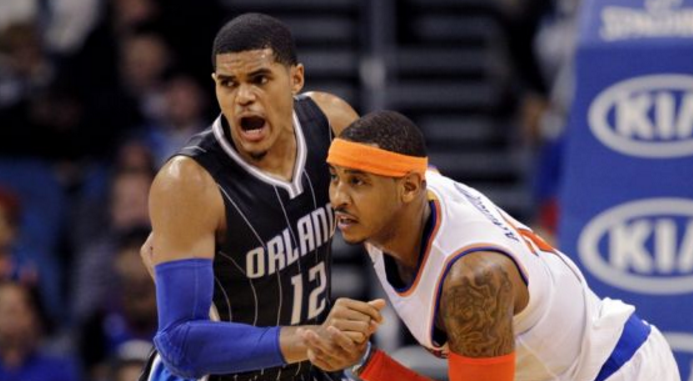 As the NBA Trade deadline looms, teams are feeling the pressure to shake up their rosters. Yesterday, we covered potential deals that could go down before the deadline, but since then, a few trades have actually taken place. Let’s take a look at them and decide which team(s) came out as winners.

In this trade, the Pistons get a versatile player in Tobias Harris. The 6’8” swingman is a small forward-power forward tweener who specializes at scoring. While his shot selection has occasionally drawn the ire of his teammates, he is now entering a situation where his skills will be heavily relied upon. Harris should mesh perfectly with Detroit’s budding duo of Reggie Jackson and Andre Drummond, and should be able to alternate between the 3 and 4 seamlessly with new teammate Marcus Morris.

The Magic were able to acquire two players who can come in and contribute right away. By getting rid of Harris, Orlando has cleared the way for 2014 first-rounder Aaron Gordon while also adding some depth to their roster. Jennings should provide a nice scoring punch off the bench, and Ilyasova is essentially a better version of the Magic’s current power forward, Channing Frye.

Winner: Both teams improved, but a slight edge to Detroit

This trade serves as the ultimate acknowledgment that the Memphis Grizzlies aren’t pursuing an NBA title this season. Marc Gasol’s foot injury forced Memphis to concede, as the Grizzlies actually received a decent haul for Lee. Hairston is only in his second year, and has the stroke to one day be an excellent three-point shooter. In addition, they received two second-round picks from the Heat for taking on Andersen’s salary – a player who might actually provide valuable minutes at the back-up center position.

The Hornets got the best player in this deal, and a necessary 3-and-D player after losing wing Michael Kidd-Gilchrist for the season. Lee’s arrival forces Nicolas Batum to guard the bigger wing night in and night out, but ultimately provides a nice floor-spacer for the Hornets. He should pair nicely with point guard Kemba Walker and help Charlotte hold onto the No. 8 seed in the Eastern Conference.

This move was simply a salary dump by the Heat, as they have been trying to avoid the repeater tax offense. By shedding Andersen’s salary, the Heat are now only $3.5 million over the luxury-tax line and should be able to trim that by Thursday’s deadline. Assuming they do, Roberts will likely be on the move again and might never play a minute in a Heat uniform.