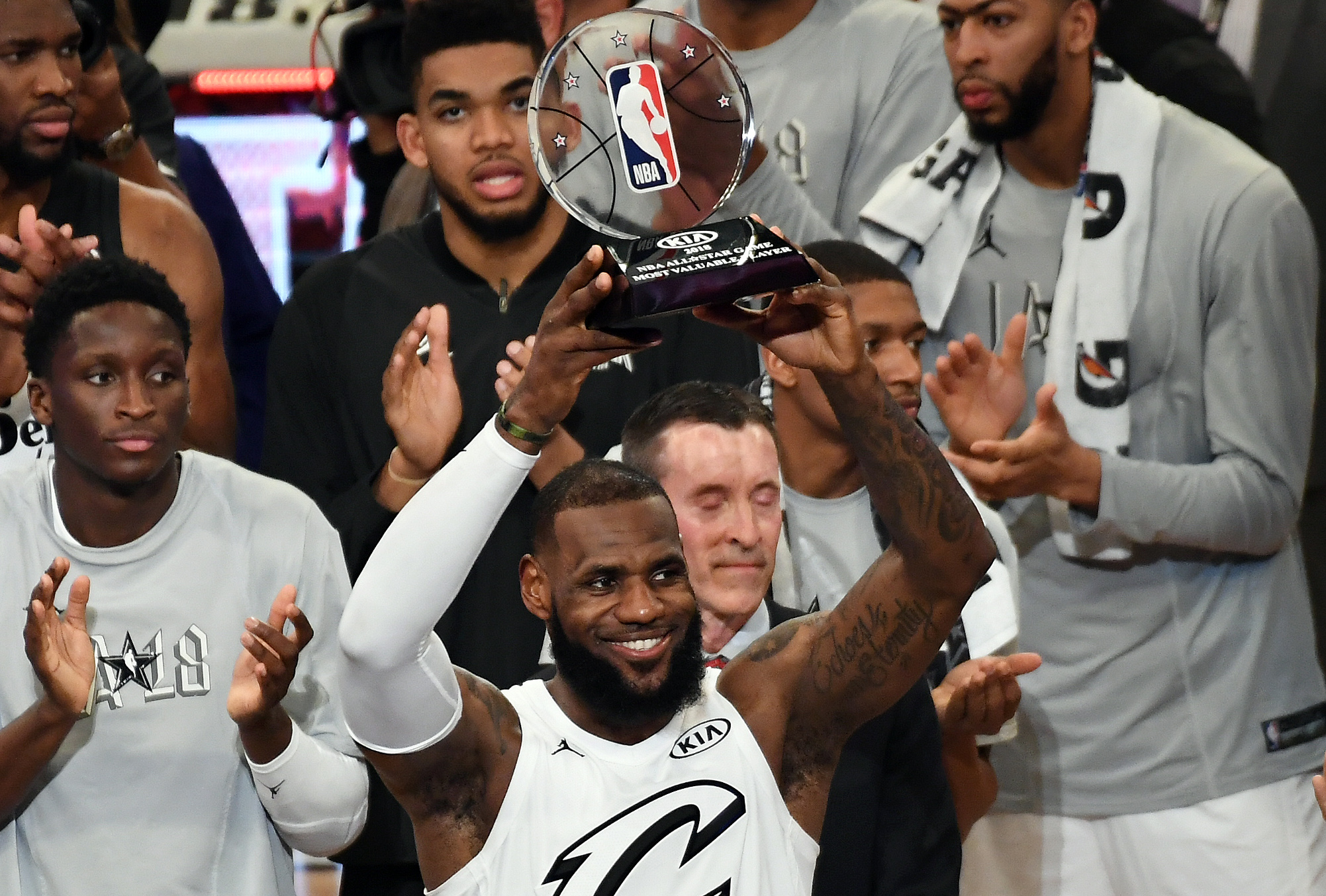 The NBA All-Star Game is supposed to be the headlining event for NBA All-Star Weekend. Fans are treated to a competitive game featuring a collection of the world’s greatest basketball players.

However, the word ‘competitive’ must be used rather loosely in this context. Over the last decade or so, All-Star Weekend has primarily focused around the Dunk Contest. The Three-Point Contest and the Skills Competition have also earned some popularity.

Though the weekend itself is a spectacle chock-full of parties and celebrities, the game has become a serious afterthought. Players aren’t exhibiting much in the way of effort. Instead, this exhibition has become a joke of a game. There’s no defense shown — nor is there any intensity whatsoever.

That is…until the NBA decided to do something about it this year.

In order to prevent the game from resembling a free-for-all, it was decided that each member of the winning team would pocket a $100,000 bonus. The losers would collect a rather paltry $25,000. When money is on the line, any professional (regardless of profession) will want to ‘up’ their respective energy levels.

The second step in this entire process included a revamping of the rosters. As opposed to the standard Western Conference vs. Eastern Conference tilt, the NBA’s two leading vote-getters — Steph Curry and LeBron James — were picked as team captains. This led to a number of rather fascinating storylines — such as LeBron, Kyrie Irving, Kevin Durant, and Russell Westbrook all ending up on the same team. Duly, Toronto Raptors head coach Dwane Casey was forced to coach against two of his players (DeMar DeRozan, Kyle Lowry).

Above all else, it gave the game some much-needed juice.

The first quarter was weirdly low scoring by All-Star standards. This year’s score (42-31) was 28 points less than last year’s game (53-48). From the jump, a semi-serious tone existed. Players were actually attempting to play some semblance of defense. While we did see the occasional highlight reel play, it was a far more subdued tone than the jovial and rather sophomoric behavior we’ve come to see in previous contests.

At halftime, Team Steph enjoyed a two-point lead. Heading into the fourth, only three points separated the squads. The fourth quarter was one for the ages — as the sense of urgency picked up across the court. Players were competing as if this were a meaningful game. Within the same token, the crowd — and viewers at home — were gifted compelling match-ups. James was tasked with guarding Joel Embiid for multiple trips down the floor. Giannis Antetokounmpo guarded Kevin Durant in the battle of ‘abnormally long human beings.’

As the quarter progressed, the game intensified. Players took pride in defending one another. Unequivocally, it was the first time in recent memory in which a floor completely constructed of all-NBA players were actually trying. To put it bluntly, it was quite refreshing to see.

James took home MVP honors with a 29-point, 10-rebound, 8-assist effort. He set the tone from the start — and it was obvious how much he wanted to win. His constant chatter during timeouts made him essentially act as a player-coach. We aren’t completely sure what James’ motivation was for balling out in this fashion, though the fans in Los Angeles are hoping it’s only a preview of what’s to potentially come this summer.

Alas, the NBA did what it needed to do. It took a stale product and slightly tilted it. As a result, it offered the event a completely different feel.

The next step in this process will be to televise the draft. We’d love nothing more than to see the drama emanating from bent-out-of-shape star basketball players masquerading as divas.