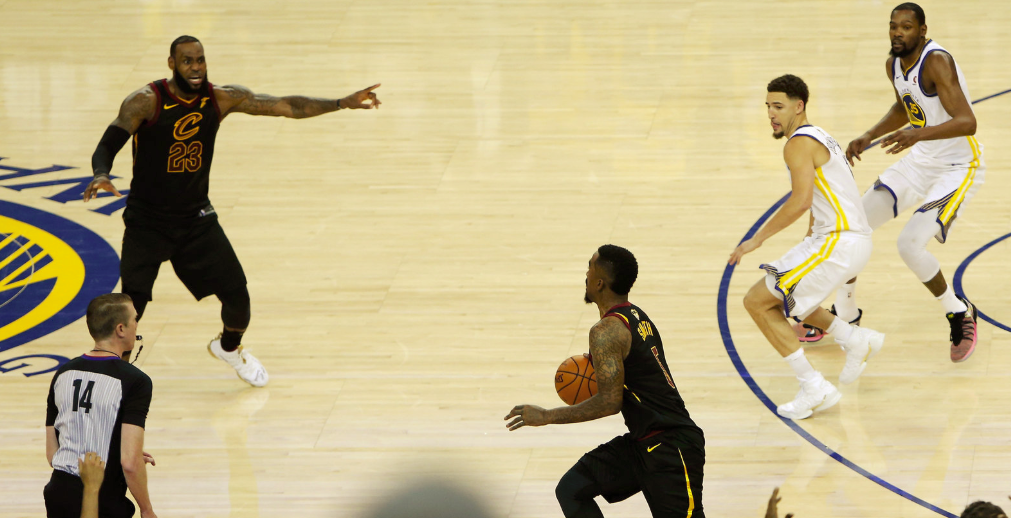 The closing sequence of the game was pure madness. A missed free throw, an overturned call, and multiple ejections were just some of the crazy moments that occurred in Game 1 of Golden State and Cleveland’s fourth stanza. However, a majority of the talk has shifted towards one play and the player who made it. Former Sixth Man of the Year and NBA Champion J.R. Smith made a mistake for the ages when he decided to dribble the clock out in regulation during a tied ballgame. Cleveland lost the game in overtime, and Smith has drawn the ire of NBA fans from across the globe.

Fret not JR, for there have been plenty of notable blunders in big moments over the years. Here are the 10 most memorable choke jobs in sports history:

JR Smith dribbles out the clock… with the game tied. #NBA pic.twitter.com/h8yRA501xF

Even after witnessing it live, it’s still hard to believe. In Game 1 of the NBA Finals, a player that  worked his entire life to get to the pinnacle of the sport seemingly forgot the time and score of the game. Smith has never been touted for his basketball IQ, but this was unimaginable.

With the game tied and five seconds left on the clock, the 14-year veteran grabbed a huge offensive rebound near the rim. This fortuitous bounce granted Cleveland a chance at both the last shot and an enormous Game 1 upset. Instead of attempting a lay-up or passing to LeBron James (who posted a modest 51-point, 8-rebound, 8-assist stat line), Smith just dribbled… and dribbled… and dribbled as the clock ran out. Cleveland would go on to lose the game in overtime — spurning some of the greatest sports memes in the history of social media.

The gaffe was so bizarre, that we almost forgot every blunder that occurred leading up to it. Klay Thompson committed an egregious foul to send George Hill to the line. Hill, an 80-percent career foul shooter, missed the second free throw that would’ve given Cleveland the lead. Kevin Durant, playing in one of the most important games of his life, showed no interest in boxing out — and thus got stuck under the hoop which allowed Smith to retrieve the offensive board.

But all of that is forgiven, as Smith’s egregious non-shot overshadowed any other mistakes made throughout the game.

Often times, a single mistake can define a player’s career. Romo has the fourth-highest QB rating in NFL history. He also  owns a 78-49 regular season record. Ask any non-Cowboys fan what they remember about the gunslinger and they’ll likely cite the infamous fumbled snap in the 2006 Wild Card game. With just over a minute left in the game, Dallas had a chance to take the lead on the foot of kicker Martin Gramatica.

Romo had been the team’s holder all year long (he started the season as a back-up, after all). He bobbled the snap, and feebly attempted to make a run for it before being dragged down by a bigger, faster, stronger athlete. Dallas would lose the game, and Romo’s ensuing shortcomings in the postseason would always be linked to the fumbled snap.

The first thing they teach little leaguers is to never take their eyes off the ball. Apparently, Buckner never received that memo. With a 3-2 series lead in the World Series over the New York Mets, the Boston Red Sox held a 5-3 lead heading into the 10th inning of Game 6. Following two quick pop fly’s, the Red Sox were one out away from securing their first title in 56 years.

A couple of singles later, the Mets were suddenly tied 5-5 with the winning run at second base. After a grueling 10-pitch at bat, New York’s Mookie Wilson hit a roller down the first base line. Boston’s first baseman, Buckner, attempted to field the ball. However, it went right through his legs — allowing the runner to round third and score the game-ending run. The Curse of the Bambino lived on, and Buckner was never the same.

Smith’s lapse in judgement was historically bad, but it has some competition for the biggest gaffe in hardwood history. During the 1993 National Championship game, the young and brash Michigan Wolverines took on perennial juggernaut North Carolina in a battle of college basketball giants. Led by Chris Webber and the rest of Michigan’s famed “Fab Five,” the underdog Wolverines trailed by just two points in the final moments of the game. The 6’9” Webber freight-trained his way down court — only to find himself trapped by two Tar Heel defenders in the corner.

In a move driven by sheer panic, Webber signaled for a timeout. The only problem was that Michigan didn’t have any available. North Carolina was awarded two free throws, possession, and — essentially — the title. Michigan had come up short for the second straight year. This marked the last game in which Webber suited up for the maize and blue.

Golf is difficult (ask anybody who’s ever played it). Sinking a small object into an almost-as-small opening from hundreds of yards away — while dealing with sand traps, bodies of water, and the occasional gator — is tough work. That’s why Norman’s course record-tying score of 63 during the first day of the 1996 Masters was so impressive. It’s also why his subsequent collapse was so captivating.

Lett was no stranger to fumbling at inopportune times.

During Super Bowl XXVII, the defensive tackle nicknamed “Big Cat” was running towards the endzone after a fumble recovery. Buffalo Bills wide receiver Don Beebe never quit on the play, and stripped Lett just before he crossed the plane. The play resulted in a touchback, and Lett was left embarrassed as he squandered away a perfect chance at scoring.

That fumble ultimately had zero consequence, as the Cowboys were winning at the time by a score of 52-17. However, Lett had another attempted foray into the endzone which ended up far more infamous.

On Thanksgiving Day of 1993, the Cowboys blocked a Dolphins game-winning field goal try with 15 seconds left in the game. While Dallas began celebrating, Lett took it upon himself to try recovering the ball, but slipped in the rare Dallas snow. Miami was then allowed to recover the ball, which they did, on the Cowboys’ 1-yard line. Had nobody touched the ball, Dallas would have gotten it back and could have ran the clock out.

Instead, the Dolphins got a second field-goal chance, which they knocked down to secure a 16-14 victory. Hopefully Leon has been able to “Lett” it go.

Being the top overall draft pick comes with a certain amount of pressure. We’ve seen former No. 1 picks like LeBron James, Peyton Manning, and Sidney Crosby live up to lofty expectations. But for every for one of those stars, there’s a Kwame Brown, JaMarcus Russell and Patrik Štefan.

Six years before Pittsburgh made “Sid the Kid” the No. 1 pick in NHL’s annual draft, the Atlanta Thrashers (now Winnipeg Jets) pegged Štefan as the league’s next star. After having an up-and-down career in Atlanta, Štefan was moved to the Dallas Stars where he hoped to get his career kick-started once again.

Up a goal in a game against the Edmonton Oilers, the Czech forward found himself on an empty-net breakaway to seal the victory. Instead of simply nudging the puck in the general direction of the gaping goal, he hit a snag in the ice, and proceeded to slip, fall, and provide a perfect pass to a streaking Edmonton player.

The Oilers would score before time expired, sending the game into overtime. It was a defining moment of Štefan’s career, as he would go on to play just 13 more games in the NHL.

In an attempt to block a pass made by a United States soccer player, Escobar accidentally knocked the ball into his own net. The own goal matches the amount of goals Escobar actually contributed to the national team during his playing career. Colombia would lose the match 2-1, and squandered any chance at advancing to the knockout stage.

Unfortunately, a trio of crazed fans took out their frustration on Escobar when they shot him six times with a pistol outside a Colombian nightclub. Escobar was punished for losing a game by losing his life. A tragic story of sports fandom reached an unthinkable low.

Before Shaquille O’Neal was winning rings in Miami and Los Angeles, he was busy contemplating the strangulation of former Orlando Magic teammate Nick Anderson.

After blowing a 20-point lead in Game 1 of the 1995 NBA Finals, the Magic had a chance to still take a series lead if they could knock down some free throws. Up three points with ten seconds on the clock, Anderson trotted to the line where he converted 70-percent of the time during the regular season.

All he had to do was hit one freebie to put the game away. Orlando’s shooting guard proceeded to miss both, though he grabbed the offensive rebound to send him to the line once more. And yet again, he missed another pair. The misses allowed a clutch Kenny Smith triple to send the contest to overtime. The Rockets would win the game and go on to capture their second title in as many years. As a result, Nick “The Brick” was born.

Heading into Week 17 of the 2003 NFL Season, the New Orleans Saints needed a victory over the Jacksonville Jaguars to have any chance at securing a playoff spot. With seven seconds left in the game, the Saints trailed by seven points, and needed to go 75 yards downfield to reach the endzone. After a series of miraculous laterals, New Orleans did the improbable and scored with no time left on the clock.

To ensure overtime and a chance at stealing victory, the Saints needed kicker John Carney (who had made 36-of-36 extra points on the season) to sink a 20-yard attempt. Before football fans even had a moment to crunch potential playoff seeding scenarios, Carney shanked the ball wide-right — reminding everybody that kickers are the worst. 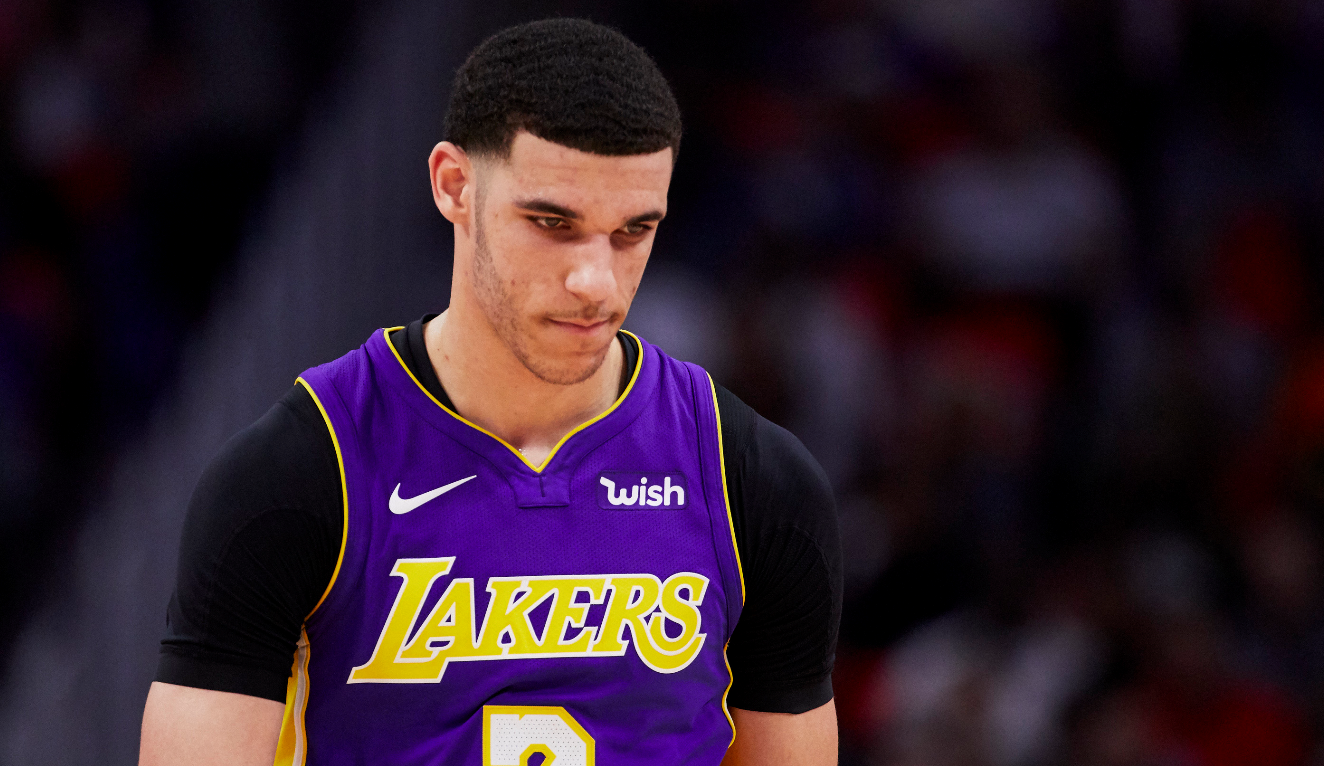