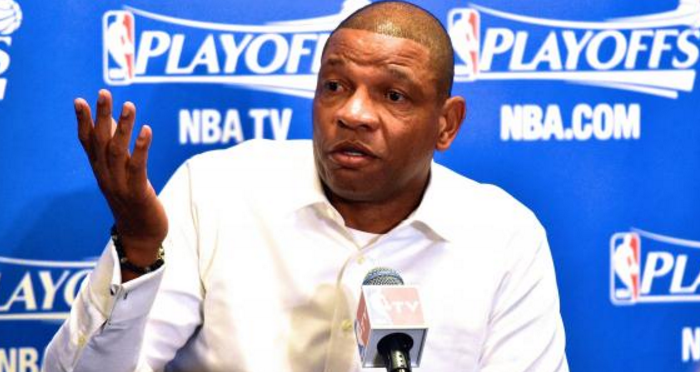 Doc Rivers continues to act as the Clippers’ coach and President of Basketball Operations, but has only been successful at the former. Each offseason, Rivers acquires players that seem to fit with the schemes and culture of the team on paper, but mesh terribly on the floor.

The signing of veteran forward Josh Smith serves as the most recent debacle.

Earlier on Friday, Smith was traded back to the Houston Rockets – the team he played for in 2015 – with Serhiy Lishchuk, in exchange for cash and the draft rights to Maarty Leunen. Lishchuk and Leunen will likely never play in the NBA, making this trade essentially a salary dump for Los Angeles.

One has to wonder why Doc would not only give up Smith so soon, but then also deal him back to the same Houston team that rallied back to beat the Clippers in the Western Conference Semifinals last year.

Smith has developed a reputation as a locker room cancer in recent years, but Doc must’ve known that before signing him. It’s a series of acquisitions such as this one showing Rivers’ incompetence with regard to the team’s personnel.

Aside from Pierce and Collison, this list is a disaster to say the least.

It’s time to make Rivers stick to what he’s best at, and that means relieving him of his front office duties. As the past two years have shown, he simply can’t do both at a high level.

The Clippers possess a ton of star talent on their roster, but they must hand over personnel decisions to someone capable of finding the right pieces to mesh with their Big 3. Otherwise, they’ll be headed for yet another second-round exit in 2016.