The Cleveland Cavaliers are in some serious trouble.

Thursday night’s 34-point loss to the Toronto Raptors (133-99) marks the second-straight game in which Cleveland has been blown out (and this was without Kyle Lowry and Serge Ibaka participating in the contest). A few nights prior, the Cavs took it on the chin — losing 127-99 against the up-and-coming Minnesota Timberwolves.

There are things to keep in perspective when looking at the potential trajectory of this current Cleveland squad. For one, it’s an old team. The defensive effort simply won’t be there every single night. Secondly, the Cavs have some guy named LeBron James. For all the deficiencies the team has, James has a brilliant ability to mask them.

Everyone likes to operate under the assumption that Cleveland will simply ‘turn it on’ once the playoffs begin — and that’s largely because of James. Since James has been in Cleveland, there’s been nothing to suggest otherwise. Regardless of seed — and whether they had home court advantage in the postseason or not — the Cavs usually got to the Finals.

Now it’s time to look at the other side of the coin. Recent trends — and tangible age — have this group looking utterly vulnerable. Unfortunately for the Cavs, there might not be a present solution without completely altering the future.

Let’s face it…this team is archaic. Cleveland is the oldest team in the NBA — possessing an average age of 30.1. For comparison’s sake, the next-oldest squad is the San Antonio Spurs (28.9 years of age). There’s a glaring lack of quickness and athleticism within the team. A bench featuring Kyle Korver, Dwyane Wade, Derrick Rose, and Jeff Green would’ve been fantastic five years ago. Now? It’s a group struggling to defend any player with even adequate amounts of athletic ability. This isn’t even factoring in the ages of Channing Frye (34), JR Smith (32), or James (33). Pace of play can be a major issue. This team won’t want to run up and down the floor — nor will it want to chase younger, friskier teams around the perimeter. There’s also the question of Isaiah Thomas, and how the team will utilize his skill-set to the best of its ability. As the season progresses, Thomas’s conditioning should improve — as will his overall rhythm. The team will (in theory) improve in terms of integrating him into the mix.

With that said, Thomas’s offensive prowess could be completely mitigated by porous play on the defensive end.

As it currently stands, Cleveland is ranked No. 29 in the NBA in defensive efficiency. Only the Sacramento Kings are worse in the specific category. Opponents are averaging 108.8 points per contest against the Cavs this season. Compare that to fellow competitors in the East such as Boston (97.7), Toronto (103.7), and Miami (102.0), and one can see the cause for concern. The collective age within the squad is undoubtedly correlating with the struggles defensively.

The Cleveland faithful must hope that the 33-year-old James — whom inexplicably plays the fourth-most minutes per night in the league (36.8) — doesn’t break down. The Cavs are forced to outscore opponents on a gamely basis rather than grind them into submission with its defense. It’s far easier to score off of opponent’s misses than it is to take the ball out from under your own basket on virtually every position. It also lessens the opportunities for the team to get out in transition (which then leads to easy baskets). And of course, the player tasked with being the straw stirring the proverbial drink for Cleveland is none other than James.

With all of this in play, General Manager Koby Altman could look to make an acquisition before the Feb. 8 trade deadline. This is easier said than done, particularly when analyzing the current roster. Outside of potentially Cedi Osman, there are no attractively young trade chips to utilize in a deal. Conventional wisdom would suggest Cleveland opting to try and trade Tristan Thompson. He’s owed $16.4 million this season, $17.4 million next year, and $18.5 million in 2019. Simply put, which team would voluntarily want to take on this type of contract for a player averaging 5.3 points per game and 5.7 rebounds per game?

Kevin Love could be dealt — though trading Love could completely change the complexion of a team attempting to get back to the Finals for a fourth-straight season. As it currently stands, the best chip Altman can use in a trade would be Brooklyn’s first-round pick in this year’s draft. Prior to the season starting, many pictured this pick conceivably landing within the top-three. In the event James leaves in free agency, Cleveland would then land a large building block to lead the franchise into an inevitable rebuild. Much to the front office’s chagrin, Brooklyn’s been far better than anyone would’ve imagined. Instead of getting a pick comfortably in the top-three, it’s looking like it may be closer to No. 10 than to No. 1.

As such, it puts Cleveland in a bit of a predicament. The pick could still be packaged to bring back a proven player. If we assume this player to be DeMarcus Cousins, does Cleveland pull the trigger on a trade focused around the first-round pick and someone like Thompson? Cleveland would be motivated to accomplish this deal as a means to compete with Golden State in the Finals.

However, there’s no guarantee that the Cavs with Cousins could come close to beating the Warriors in a best-of-seven. Additionally, Cousins is a free agent at the conclusion of this year. Is trading your biggest and most valuable asset worth a rental? Furthermore, is trading this pick worth it if you run the risk of losing both Cousins and James? If this scenario were to occur, Cleveland will be starting from scratch without the Top-10 pick it had accrued. The rebuilding process would then be exponentially more difficult without the likes of a DeAndre Ayton, Marvin Bagley III, Mo Bamba, Luka Dončić, Michael Porter Jr., or Trae Young. James can sense the need for urgency. During the loss to Toronto, footage of James surfaced in which he was giving an emboldened speech. It might not matter in the long run, simply due to the fact that this team has serious limitations as currently constructed.

Cleveland could have a hard time getting out of the Eastern Conference with a status quo situation — let alone challenge the likes of Golden State or even Houston in a Finals scenario.

It will be fascinating to see what Altman and the front office brass will do to try and correct these warts. 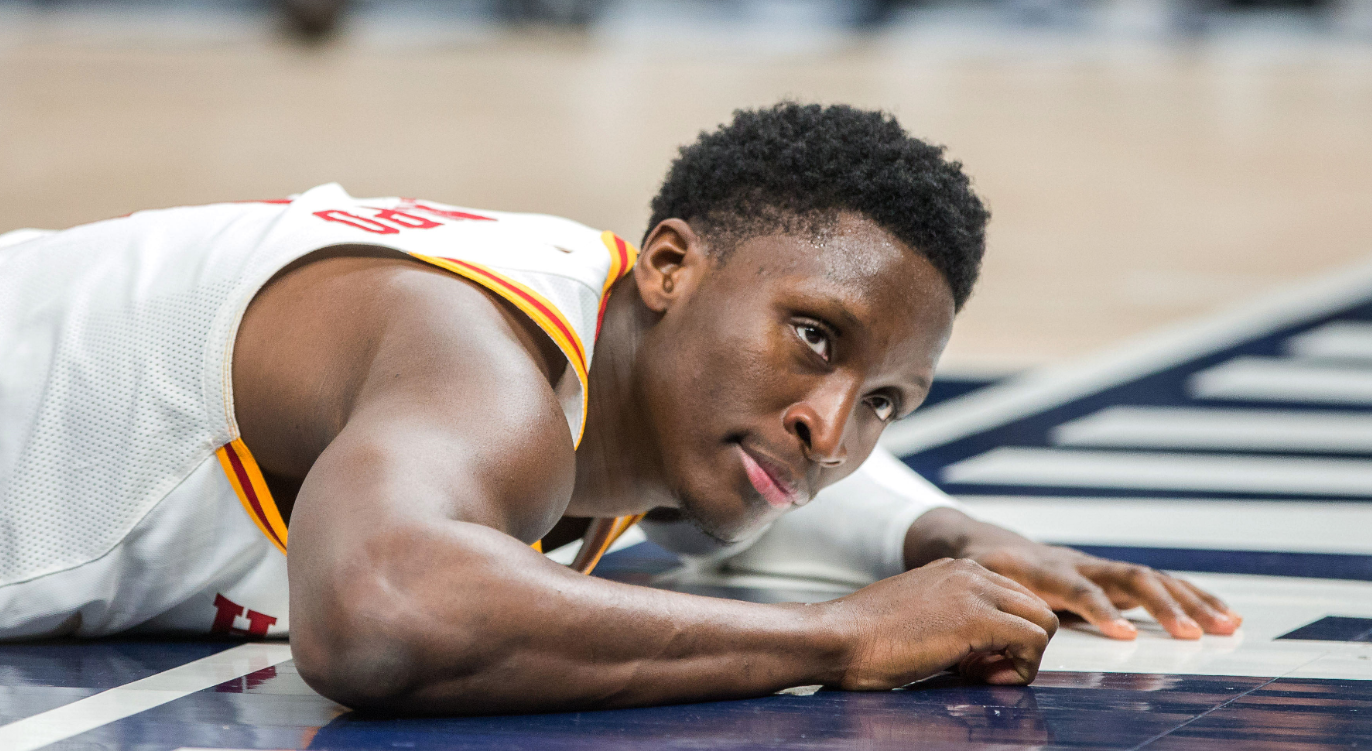