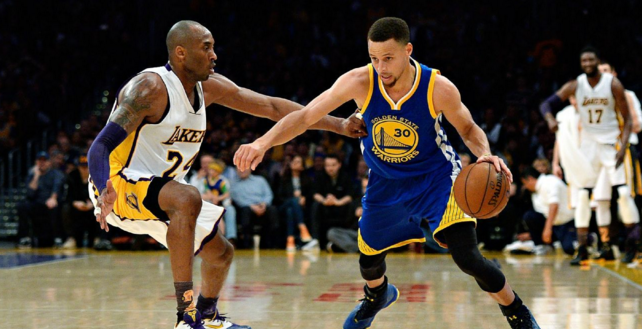 On the final night of the season, two games offer storylines that will forever be etched in NBA history. Unfortunately, both games tip off at 10:30 ET.

If there were ever a time to justify building that man-cave with the two televisions side-by-side you have always dreamt of, Wednesday night would be it.

On ESPN, fans can tune in to the Golden State Warriors going for history at home against the Memphis Grizzlies. A victory would catapult Golden State to a 73-9 season, which would be one game better than the current record-holders – the 1995-1996 Chicago Bulls who finished 72-10.

On ESPN2, Kobe Bryant will be playing the final game of his 20-year, Hall of Fame career in front of an emotional and appreciative Staples Center crowd. He is the first player in NBA history to spend all 20 seasons with the same franchise, and will undoubtedly be sent out in proper fashion.

In today’s day and age of resting players before the postseason begins, it’s rare for the 82nd game of the season to hold any significance. But this year, tickets for Golden State’s and Los Angeles’ final home games are the most expensive in NBA history. Oracle Arena’s average ticket price on TiqIQ is $1,594, while the average fan needs to dole out $2,110 to see Kobe’s final game.

Wednesday night offers two can’t-miss opportunities in the NBA. Golden State’s potential 73-9 mark is one that might never be broken, while the league will never have another player quite like Kobe Bryant.

Rather than flip channels back and forth all night, make the right move – set up the man-cave.