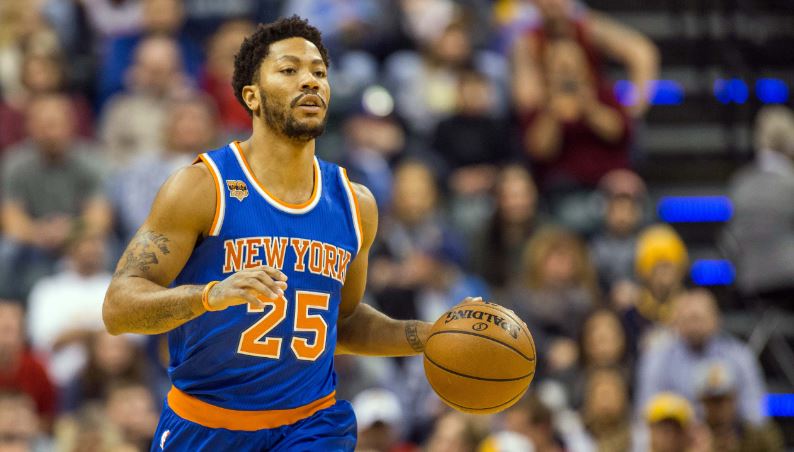 Derrick Rose is back with the New York Knicks after a major scare on Monday night. It all started after warm-ups, when Knicks assistant coach Joshua Longstaff was looking for Rose so that he could wrap the point guard’s knee. The team never found him though, and he was deemed “scratched” from the lineup just three minutes before tip-off.

To make matters even scarier, Rose turned his phone off, leaving the team unable to communicate with their point guard. With the former MVP seemingly off the grid, teammates became increasingly concerned.

Courtney Lee, who vowed that Rose was at shoot around, was extremely worried when asked about Rose.

“I haven’t heard anything,” Lee said. “In this case, all we can do is hope he’s alright. There’s probably something that’s very serious, and as a teammate and his friend, I just hope everything is all right with him.”

Following a 110-96 loss to the New Orleans Pelicans, rumors started flying around the internet as to why Derrick Rose had gone missing.

Rose, 28, is in his first season with the Knicks after spending the previous eight years with the Chicago Bulls. This season, he’s averaging 17.3 points, 4.5 assists and 3.9 rebounds per game. While his production has helped the Knicks, he allegedly had a “major blowout” with head coach Jeff Hornacek on Friday following a game in which he was benched for the entire fourth quarter.

Others felt he might have gone home to Chicago, as something could have been wrong either personally or with his family. Today, Rose confirmed that he traveled back to Chicago to be with his mother, but didn’t divulge any more information.

While the situation is still unclear, his teammates are relieved.

“I mean, I don’t really want to talk too much about it because I don’t know what the situation is,” center Joakim Noah said. “I’m just happy that everything is OK with him.”

There are still many questions that need to be answered with one of the biggest being: Why didn’t he let someone from the team know he was going home?

The Knicks have already said Rose will not be suspended for his actions, but he will be fined an undisclosed amount. Still, one has to wonder if we are one more weird situation from witnessing the end of Derrick Rose’s time with the New York Knicks.