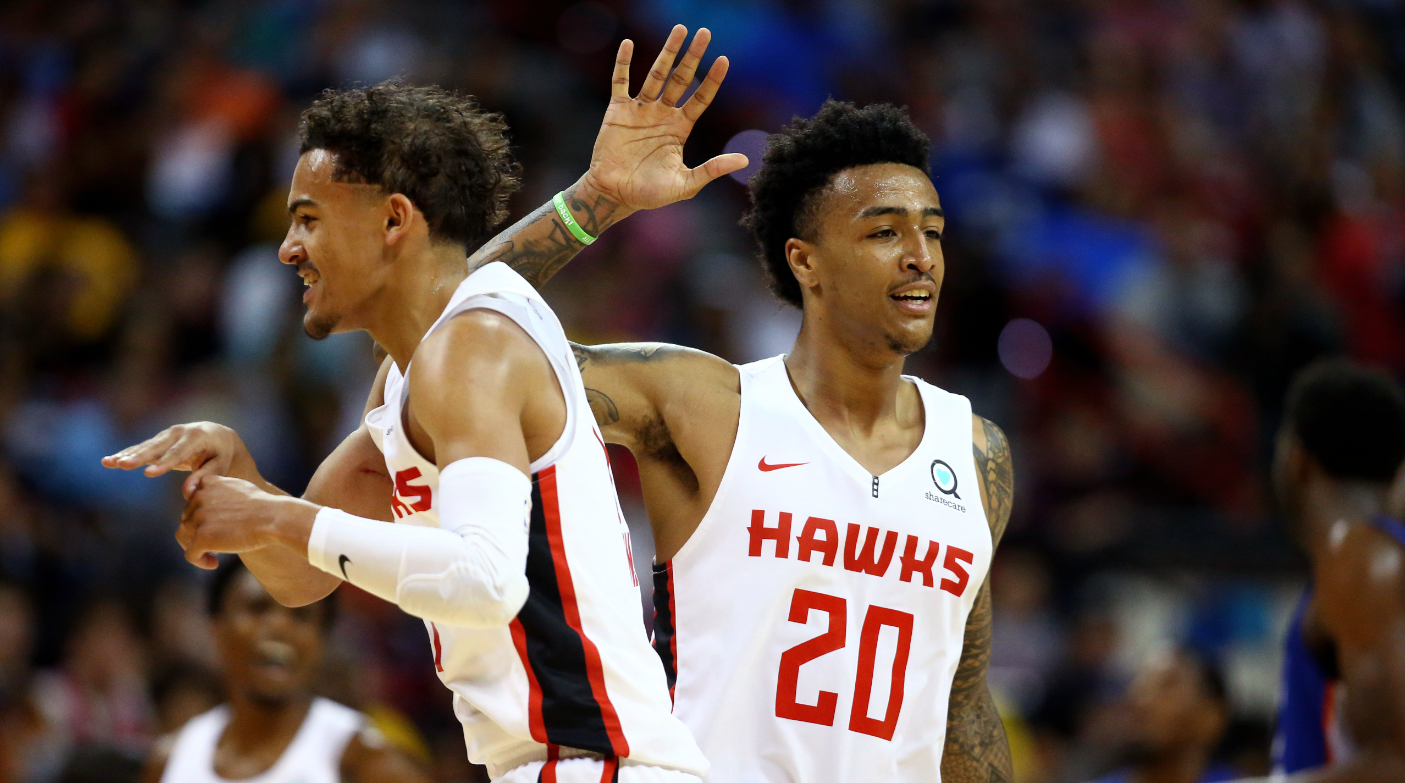 Trae Young Will Be Fine

It feels like NBA Twitter finds great pleasure in Young’s struggles. Look, I get it. It can be tiresome when it seems like media outlets “pick favorites,” especially when it’s a player you don’t have any particular allegiance too. It becomes increasingly bothersome when pundits are constantly comparing that player to others that have accomplished significantly more in their field. The Young/Curry comparisons were tiring, and became comical when Young’s Oklahoma team sputtered down the stretch of the college basketball season.

It didn’t help Young’s case when he faltered out of the gate. Young’s Summer League debut included two air balls en route to a 1-for-11 performance from deep. Young looked skittish, rushed, and completely uncomfortable. In his defense, Memphis rookie Jevon Carter does that to a lot of people.

Young’s second appearance didn’t go much better. He finished with 12 points on 5-of-16 shooting against the Spurs in Utah. Once again, Young failed to convert on easy attempts, and was off the mark on several good looks.

It was looking bleak for the fifth overall pick after those first two blunders. However, a trip to Vegas seems to have ignited the youngster.

In front of a packed crowd inside the MGM Resorts, Young recorded a 21-point, 11-assist double-double against the New York Knicks. He was locked in from deep, knocking down 7-of-13 from the great beyond. Young’s release is as quick as any player’s in the league. Knicks big men barely had a chance to read Atlanta’s pick-and-roll before Young could launch a 30-footer. Once the Knicks began closing out on Young (as soon as he crossed half court), he started killing them with drive-and-kicks. That sequence of events will be the backbone of Atlanta’s offense in 2018.

One thing to look for as he develops is his ability to score inside. Look no further than last year’s No. 2 pick Lonzo Ball as proof for the difficulty in scoring inside the paint at the NBA level. After hitting 73 percent of his two-point attempts at UCLA, Ball converted on just 42 percent of his shots from inside the arc as a rookie.

Young wasn’t a great finisher around the rim in college, and that will be exacerbated with the superior athleticism at this level. He relies heavily on floaters because he can’t always get all the way to the rim. Some studying of great under-the-rim finishers such as Kyrie Irving and Tony Parker would do wonders for Young’s inside game moving forward.

With his range and willingness to make plays for others, Young will be fine.

John Calipari sure does make it hard on himself. The guy has had Derrick Rose, Anthony Davis, John Wall, DeMarcus Cousins, Eric Bledsoe, Tyreke Evans, Karl-Anthony Towns, Julius Randle, and Devin Booker and managed just one National Title. That’s not even to mention the rest of his bevy of former lottery picks that include Michael Kidd-Gilchrist, De’Aaron Fox, Jamal Murray, Malik Monk, Nerlens Noel, Brandon Knight, and Bam Adebayo.

Coach Cal knows how to find talent, he just doesn’t always know how to coach them. And that’s perfectly fine for NBA teams drafting former Kentucky players — particularly the Knicks and the Clippers.

Kevin Knox and Shai Gilgeous-Alexander are looking like players that should have went a few picks earlier than they did. Knox already appears to be a 3-and-D threat with elite athleticism. The 6-foot-9 wing is averaging 23.3 points per game, and has already joined Kristaps Porzingis in the category of “Players That New York Booed, But They Love Now”.

Gilgeous-Alexander looks awfully comfortable running the show. He already looks faster than he did at UK, and will benefit tremendously from the floor spacing in the NBA.

My goodness. This defense by Shai Gilgeous-Alexander leading to the breakaway slam. Lordy. pic.twitter.com/C1v3TxSF8q

The pair of Wildcats are both looking to become the fourth Rookie of the Year Calipari has had under his tutelage (Rose, Evans, Towns).

This one wasn’t all that hard to see coming if you watched a lot of NBA and Duke basketball this past season. The league has trended further and further towards players of Carter’s archetype, while Bagley’s deficiencies will be highlighted more than ever at the NBA level.

Carter’s early surge wasn’t unexpected. The Atlanta native has put up 16.0 points per night in Vegas on 57 percent shooting. Most impressive has been Carter’s ability to protect the rim, recording 5 blocks in his debut versus Collin Sexton and the Cavaliers.

Bagley’s disappointing Summer League was far less expected, especially after how it started. The former No. 1 overall high school recruit dunked all over Lakers first round pick Moritz Wagner for his first points of the summer. Since then, Bagley has made just 33 percent of his shots, and, according to NBA.com, has yet to record a single assist in four Summer League contests.

As modern day bigs, Carter simply checks more boxes than Bagley. Carter has a more defined position (center), while Bagley is more of a tweener. Carter has exhibited better range on his jump shot. Carter projects as a better defender and rim protector. Those traits are all working against Bagley, and will hamper him dearly in Year 1.

The rookies have mostly been a mixed bag. I already mentioned Carter’s highs, Bagley’s lows, and Young’s inconsistent play. Undrafted players like Trevon Bluiett and Duncan Robinson have made names for themselves, while first round picks like Josh Okogie, Elie Okobo and Omari Spellman have struggled. Rookies are hit-or-miss in the Summer League, and it’s hard to use the month-long stretch as a predictive indicator for their careers moving forward.

Furkan Korkmaz shows off the moves on the fast break! #NBASummer pic.twitter.com/3qInKITpBg

Second-year players, however, have thrived over the past week. John Collins, Josh Hart, Jonathan Isaac, Malik Monk, Cedi Osman, Justin Jackson, and Furkan Korkmaz have all put in impressive performances for their respective teams. Having played a year alongside NBA talent, and with all the amenities and accessibility that comes with being a professional player, these guys all seemed to have taken a substantial leap in their development. Players can learn more about the game in a single year of NBA experience than they can in four years at any university.

This season’s group of Year 2 players have no interest in hearing about a “Sophomore Slump”.

The Center Position Continues To Evolve

Take a look at this video of New York rookie Mitchell Robinson that The Ringer’s Kevin O’Connor posted. Now tell me what planet Robinson is from, because it can’t be the same one any of us are from.

This block by Mitchell Robinson is nuts. Look at the amount of ground he covers after defending the pick-and-roll. pic.twitter.com/LLMLj2wPrl

We’ve seen Cousins, Towns, Rudy Gobert, Clint Capela, and a couple of others all play a part in changing the way centers are viewed. These 6-foot-10 to 7-foot tall behemoths have the limbs of Mr. Fantastic and are flying around the court like The Human Torch. Robinson has a chance to join that group, as does Orlando Magic sophomore Jonathan Isaac, and we’ve barely gotten a taste of what Boston’s Robert Williams can do.

The great centers of yesteryear are back, and they might be scarier than ever. 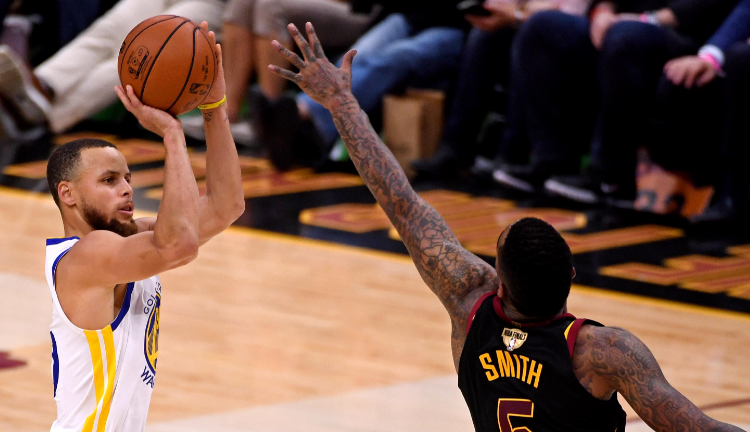 The Top 25 Point Guards Of The Past 25 Years