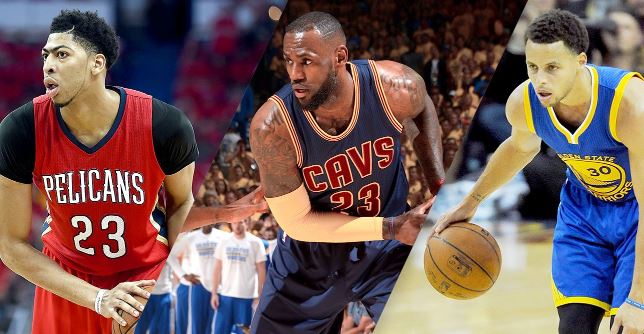 The First, Second and Third All-NBA teams were announced, and carried more significant storylines than the typical year. Here’s a look at each team and the number of votes each player received, courtesy of ESPN: The First Team is headlined by Stephen Curry and LeBron James – the only two members who had been voted to the First Team in a previous season. Curry was the only unanimous selection, while James received 125 of a possible 129 votes. Filling out the prestigious squad are newcomers Russell Westbrook, Kawhi Leonard and DeAndre Jordan.

With a glutton of talent at the forward position between James, Leonard and Kevin Durant, it was the Thunder sharpshooter who found himself on the outside looking in. Relegated to the Second Team, Durant was joined by Draymond Green, Chris Paul, Damian Lillard and DeMarcus Cousins.

As expected, these All-NBA selections had serious implications on contracts for numerous players. Due to the “Rose Rule,” Lillard’s inclusion on the All-NBA Second Team is expected to earn him an extra $13 million over the next five years of his contract.

Unfortunately, on the other end of the “Rose Rule” spectrum, Anthony Davis’ exclusion from receiving All-NBA honors will cost him money. Since Davis also failed to win MVP honors or be voted as an All-Star starter this season, he isn’t eligible to make 30 percent of the Pelicans’ cap next season. With a lower salary ceiling, Davis will be missing out on approximately $25 million over the next five seasons.

While the 15 players rewarded for stellar individual seasons have plenty of reason to celebrate, it’s certainly a disappointing day for Anthony Davis.