In the decades following Michael Jordan’s international superstardom, the NBA has experienced exponential global and financial growth. The world’s greatest league now has franchises worth billions, holds exhibition games and basketball camps on nearly every continent, and players’ economic potential is the highest it’s ever been.

One of the ways we can measure the game’s growth post-Jordan is in signature shoes, an element of basketball Nike changed forever with the “Air Jordan” line. When Michael debuted his Air Jordan I in 1985, the NBA banned the black and red high-tops for their lack of uniformity. Over three decades and 32 “signature” sneakers later, the league’s stance on sneakers is a complete 180. Players now wear shoes from all sorts of companies in a business worth over a billion dollars annually.

Since MJ’s retirement, many basketball stars have had or still have their own signature models, carrying forward the torch Michael lit long ago. Here are the 25 most notable signature sneaker lines from NBA players of the post-Jordan era. It’s not often that a rookie is offered a signature shoe by a major company. So, as in the case of Lonzo Ball, he goes and makes his own. The Zo2’s, produced by the Ball family’s Big Baller Brand, sold for $495 and took months to ship out. Lonzo wore them, as well as models from other brands, on the court this past season.

The normal PR script also wasn’t followed. While sneaker giants traditionally use commercials and magazines to pump up the hype, BBB chose to feature the shoes on their Facebook reality show, shouted them out in Lonzo’s rap single and through the mouth of Lonzo’s father, LaVar Ball. Perhaps someday Lonzo will be joined by his younger brothers LaMelo and LiAngelo, who already have BBB signature sneakers.

As the fashion king of the NBA, Westbrook has brought his style sense to the court in the Jordan “Why Not ZER0.1.” The shoes complement jackets, sweatshirts, and a bucket hat. Additionally, Brodie has new off-court sneakers and collaborations with Barney’s NYC. Westbrook represents the apparel industry’s growth in basketball. A signature sneaker couldn’t feed his fashion appetite; he needed an all-encompassing collection to begin his brand.

“I love storytelling using different ideas and fabrics in new ways,” Westbrook said. “I’m always trying to figure out how I can change the culture or push the brand in new directions.” 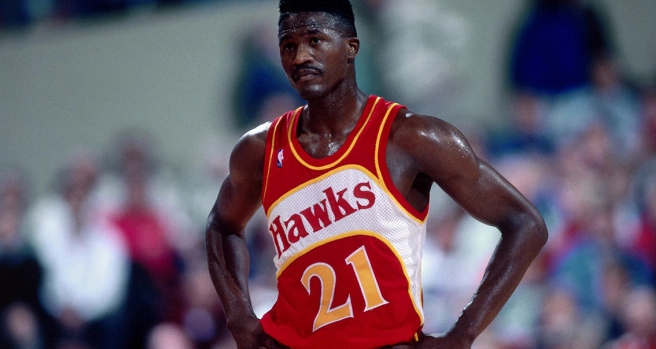 RANKED: The Best All-Time Jersey For Each NBA Franchise