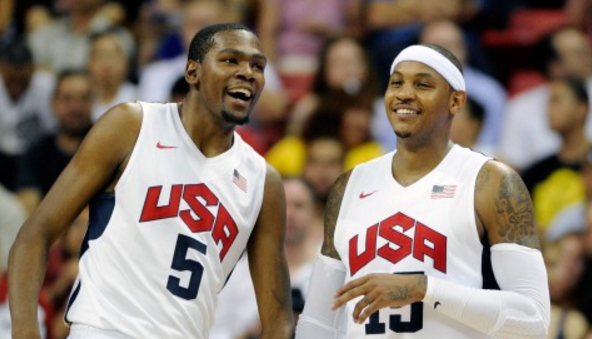 Fresh off an NBA title, Cavaliers point guard Kyrie Irving was the final player to accept an offer to compete for the United States in the 2016 Olympics.

The United States will enter play as the prohibitive favorite, but it’s hard to ignore the immense talent that won’t be participating. LeBron James, Stephen Curry, Chris Paul, Kawhi Leonard and Russell Westbrook all declined invites to represent Team USA, and will instead be giving their bodies time off before the 2016-2017 NBA season begins.

Carmelo Anthony will try to become the first player ever to win gold in three separate Olympics, and Team USA still has their leading scorer from the 2012 Olympics in Kevin Durant. Anthony’s and Durant’s leadership will be crucial under the tutelage of Mike Krzyzewski, as they are the only two players on the roster to have ever logged a minute in the Olympics.

Team USA will officially announce their 12-man roster tomorrow, and will begin exhibition play on July 22 against Nigeria.