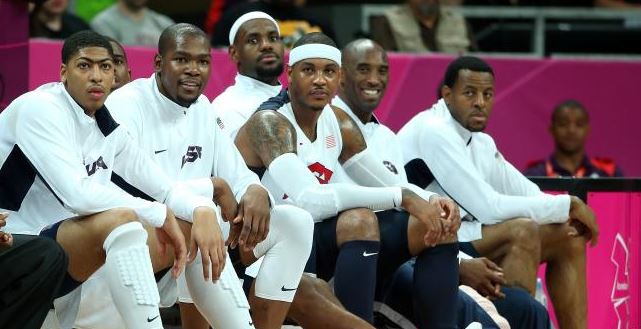 News that Anthony Davis will be shut down for the rest of the NBA season was originally expected to only impact the New Orleans Pelicans. However, Davis’ decision to undergo surgery to repair a torn left labrum will keep him out of the Summer Olympics in Rio this year as well.

Rehab for a torn labrum is expected to last four to five months, meaning Davis should be fully healthy when the 2016-2017 NBA season begins.

While New Orleans’ decision to shut down their superstar for the rest of the season was far from surprising, Davis’ statement that this shoulder injury has lingered for the past three years caught many off guard. “They told me [the shoulder surgery] eventually has to happen,” Davis said. “Gradually it’s been getting worse. Something we just got to take care of now.”

Now appears to be the perfect time for Davis and the Pelicans, as they are in the midst of a disappointing season (26-43) that offers no real chance of making the postseason (8.5 games back with 13 to play).

With New Orleans well on its way to cheering for ping-pong balls in the NBA Draft lottery, Davis’ absence for the final 13 games could be beneficial in the long term for the Pelicans.

The same certainly can’t be said of Team USA though. Davis’ absence on the Team USA squad will be difficult to overcome, as he was a key component on the 2014 FIBA World Cup gold medal-winning club, averaging 12.3 points and 6.6 rebounds per game.

Davis also participated in the 2012 Olympics with the United States, but having logged zero minutes in the NBA at that point, he played sparingly. The 2016 Olympics would’ve been entirely different though, as his unique ability to space the floor, rebound and protect the rim would be extremely valuable for Mike Krzyzewski’s club.

Team USA will still have plenty of talent reading to Rio de Janeiro, and at only 23 years old, it’s safe to assume (barring injury) Davis will find himself wearing red, white and blue in 2020.