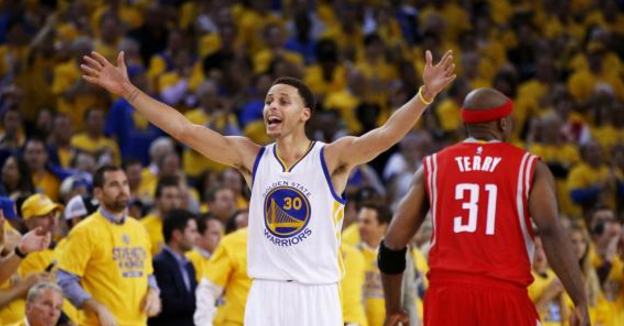 After sitting out the past two games, Stephen Curry appears ready to return to the court for the Golden State Warriors for Game 4 against the Houston Rockets. In his absence, the Warriors managed to split the two games, but looked far from the dominant squad that won an NBA record 73 games this season.

When asked about Curry’s availability, head coach Steve Kerr said, “He scrimmaged today; we went full-court 5-on-5. He didn’t have any pain this morning or after the workouts. So we’re expecting him to play, but we’ll see how he is [Sunday] morning.”

Reports suggested Curry asked to play in Game 3, but the Warriors elected to play it safe and ensure that his ankle heal to 100 percent. Determining that it wasn’t worth the risk, the Warriors lost 97-96 on a James Harden jumper with 2.6 seconds left.

Curry expects to play on Sunday though, telling reporters, “It’s not pain. It’s like soreness that comes along with all that my ankle’s been through. It’s kind of to be expected and I see it as, this is kind of my playoff thing. Everybody has something they’re dealing with in some way shape or form. It’s stable … no swelling or anything, so I can do everything I need to do.”

That comes as great news for the Warriors, and absolutely terrifying for the rest of the league. Houston has yet to beat Golden State this season in games Curry has played in, and with the defending champs eager for a second straight title, another victory in this series doesn’t seem likely.

But based on Houston’s lack of excitement following Harden’s game-winner, perhaps an early exit from the postseason is exactly what they’re hoping for.