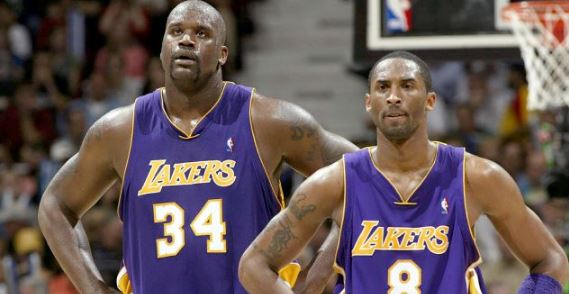 Shaquille O’Neal’s name can officially be added to the long list of NBA legends who remain unimpressed with the Golden State Warriors. Charles Barkley, Scottie Pippen, Oscar Robertson, Magic Johnson and countless others have tried to diminish Golden State’s dominance this year, and O’Neal has become the latest to take a shot at the greatest regular season team in history.

It’s a fair point by Shaq, as the Warriors would have absolutely no chance of slowing down the NBA’s most dominant duo of this century. However, Golden State’s pace-and-space offense would also give the Lakers fits, as there’s no way Shaq could defend the likes of Stephen Curry and Klay Thompson on pick-and-rolls.

Both sides have compelling cases for why they would win, as each could claim to have the most dominant stretch in NBA history. Golden State won an NBA-record 73 regular season games this year, while the ’01 Lakers went a resounding 15-1 (best postseason record of all-time) en route to an NBA championship.

With Shaq serving as the latest to declare victory over the Warriors, NBA fans are now left wondering who the next legend to denounce Golden State will be.