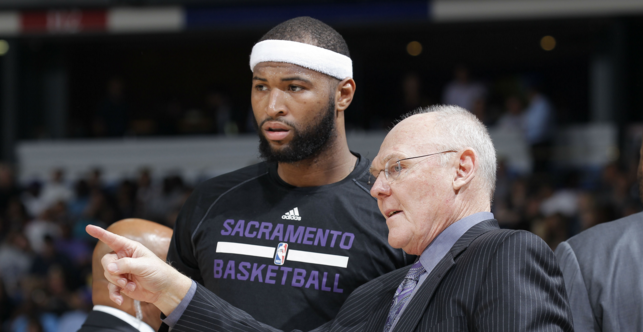 Known within NBA circles as the most dysfunctional franchise in the league, the Sacramento Kings didn’t exactly help their cause with the announcement that they have fired head coach George Karl.

Based on Sacramento’s recent track record, it’s hard to call the decision surprising. The Kings have now had eight different coaches since the 2006-2007 season, which is more than any other team in the league. The coaching carousel has been a byproduct of the perpetually changing front office, as Sacramento has gone through multiple owners and general managers in that time period.

“After evaluating the team’s performance this season, I determined it was necessary to move forward with a new voice from the head coaching position. I have a great deal of respect and admiration for George and his accomplishments throughout his nearly 30 years in the NBA. On behalf of everyone in the Kings organization, I thank him for the contributions made during his time in Sacramento and wish him good fortune in the future.”

With hopes of making the playoffs this season, Karl led Sacramento to a disappointing 33-49 record, and struggled to get along with franchise cornerstone, DeMarcus Cousins. Since taking over at the All-Star break in 2015, Karl and the Kings were one of the most efficient offenses in the league, but struggled mightily on the defensive end.

But despite being given less than two years to turn the franchise around, Karl expressed his gratitude for being given the opportunity:

“While I would have loved to continue on this journey, I am very proud of our work and I want to thank Kings management for the opportunity to have coached this exciting team with such a bright future. It’s my heartfelt feeling that the magnificent new arena will be hosting many playoff runs and an eventual championship, which the Sacramento fans, some of the most loyal and supportive people I’ve ever known in my many years in the NBA, very much deserve. With a profound humility, moving forward, I wish nothing but the best for this franchise and its players.”

As the Kings turn their attention toward finding their next head coach, they are hoping the ninth selection since 2006 will prove to be the charm.