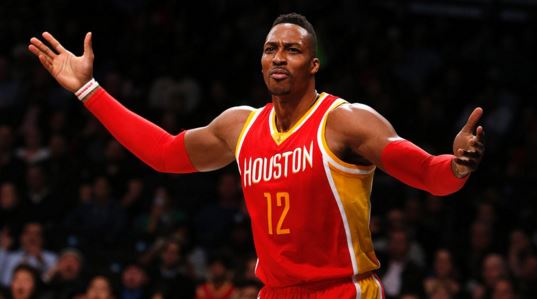 The Houston Rockets currently sit as the No. 9 seed in the Western Conference, and have had what many would consider a nightmare season. Former coach Kevin McHale was fired 11 games into the season, and interim coach J.B. Bickerstaff has done little to change the Rockets’ lackadaisical play.

Following Wednesday’s 116-103 loss to the Portland Trail Blazers, Bickerstaff went so far as to say this Rockets team is “broken” and hinted at a desperate need for change. This change could result in franchise center Dwight Howard being traded, as rumors have begun to swirl that Houston is contacting teams to announce his availability.

Few would have expected this move on the heels of last season’s Western Conference Finals appearance. Despite the Rockets’ uninspiring 27-28 record, Howard has actually had a solid season averaging 14.6 points, 12.0 rebounds and 1.5 blocks while shooting 61.2 percent from the field.

Howard has a player option for the 2016-2017 season (which he will likely decline to test free agency), making it even more appealing for Houston to trade him now while they can still get something in return. In addition, the emergence of 21 year-old Clint Capela has made Howard’s presence much less important.

With Howard having been known to request trades in the past, he has maintained that this situation is different. “I have not asked the Rockets to trade me. Nor have I talked about right trades. I want to win. I want this situation to work. I chose this team. And I’m not running because we have been faced with some adversity.”

Unfortunately for Howard, it seems this situation goes beyond his control. The Golden State Warriors and San Antonio Spurs have the Rockets looking far from title contenders, making it all the more likely Howard will be donning a uniform other than Houston’s by season’s end.