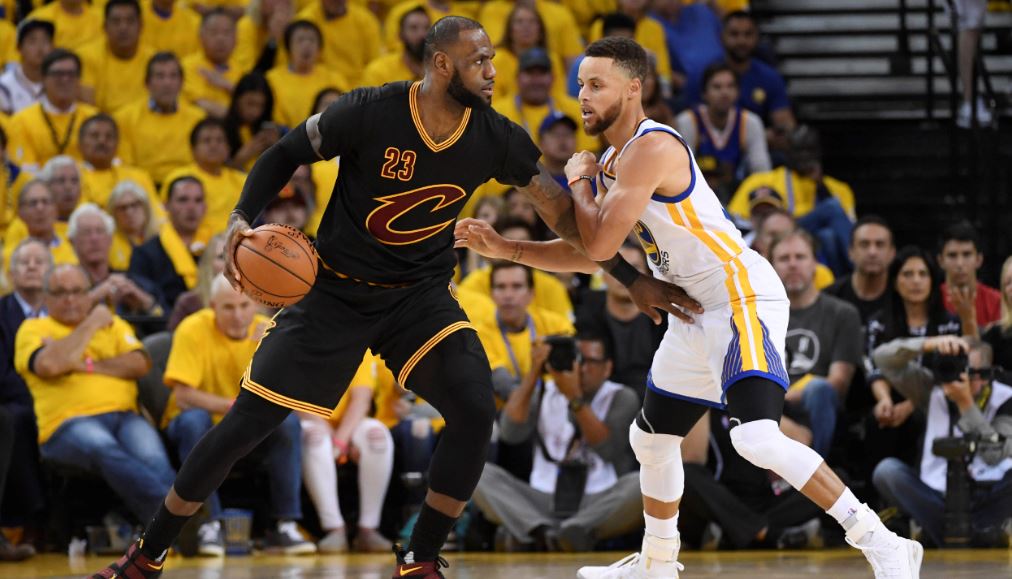 The NBA offseason was absolutely bonkers.

We experienced a wild period of drama and transition. Major superstars swapped squads. Quarrels manifested themselves on television and in the Twittersphere. As such, we were left with an upcoming season chock-full of wildly fascinating storylines.

There are six teams in particular with heavy amounts of intrigue surrounding them heading into this year. The Milwaukee Bucks — everyone’s NBA League Pass darlings — did not make the cut. Nor did the Golden State Warriors, as it’d be a relative shock to see them finish with anything less than 65 wins in the regular season.

Without further ado, here are the squads worth watching in the 2017-18 season:

Butler truly gives the Wolves a dynamic wing player to pair with burgeoning stars Karl-Anthony Towns and Andrew Wiggins. Butler can initiate the offense and create for himself on the offensive end of the floor. Defensively, the pairing of Wiggins and Butler has the potential to be among the best in the league.

Continuing with the theme of bringing in former players, Thibodeau shored up the front court further with the addition of Taj Gibson. The gritty power forward is a high-character individual, and is an absolute bear defensively. Minnesota traded longtime point guard Ricky Rubio as a means to sign Jeff Teague, and also added high-octane scorer Jamal Crawford to lead the second unit.

As has been the case with Thibodeau traditionally, he does have a habit of somewhat running his teams into the ground. This isn’t a team with tremendous depth — though the top-level talent is as good as it’s been since the Kevin Garnett days. This team should unequivocally find itself in the playoffs for the first time since the 2003-04 season.

Philly trusted the process, and now possess a team bursting with young and interesting parts. There’s not a whole lot of rhyme or reason as to how the roster was assembled. However, the ceiling for this team is relatively high.

There’s a lot of unknown with this group. The health of Joel Embiid will be a major question mark going forward until he can prove to play more than half of a single season. On upside and potential alone, he’s unquestionably a transcendent player.

Ben Simmons will also make his debut for the 76ers this season. Head coach Brett Brown insists we’ll see Simmons as the fulcrum of the Philly offense. Seeing a 6’10” forward essentially pegged as the lead playmaker is highly intriguing. Lost in the shuffle is this year’s No. 1 Overall pick in Markelle Fultz. A highly-skilled perimeter player, Fultz has been flying under-the-radar — largely due to the circus surrounding Lonzo (and LaVar) Ball. We see Fultz offering Philadelphia some much-needed scoring punch from outside the paint.

Veteran J.J. Redick was added to give the team spacing from beyond the arc. Considered one of the best “professionals” in the game, he’ll be a welcomed addition for the inexperienced roster. Dario Šarić and Robert Covington have also proven themselves as quality complementary pieces.

Much of their potential success will stem from team health…or lack thereof. However, Philadelphia has the talent to make the playoffs in the weakened Eastern Conference. The 76ers play hard, are well coached, and have three players with superstar potential.

The Lakers will be fascinating simply based upon next summer. The new front office braintrust of Magic Johnson and Rob Pelinka have been incredibly outspoken in relaying Los Angeles’ desire to sign a marquee free agent in 2018. LA will have oodles of cap space to work with, and the potential talent pool to target (LeBron James, Paul George, DeMarcus Cousins, Russell Westbrook) is immense.

However, this year’s team also holds some striking storylines. For one, the Johnson-Pelinka duo has been very active. LA jettisoned inconsistent guard D’Angelo Russell — along with the horrific contract of Timofey Mozgov — for a one-year rental of Brook Lopez and a first-round pick (which turned out to be Kyle Kuzma). Shedding Mozgov was a brilliant move. It only opened up more cap room for next year’s free agency bonanza. Based upon his summer league performance, Kuzma could be a steal.

This year ultimately comes down to two things: Ball’s effectiveness as a team leader and the emergence of Brandon Ingram as a legitimate player. Ball won the Summer League MVP trophy — as he showcased his immense ability to pass the basketball. Ingram has been reportedly working tirelessly on his game. Noticeably bigger in photos, he could take a nice leap from his rookie year to his sophomore campaign.

Though he’s not a part of the team, the brashness and entertainment value of LaVar Ball also adds another variable into the mix for this season. The turnover on the Celtics’ roster was mind-boggling for a team that finished with the best record in the Eastern Conference a year ago. Stalwarts Avery Bradley, Isaiah Thomas, Kelly Olynyk, Amir Johnson, and Jae Crowder are all gone. However, Danny Ainge went out and nabbed two All-Stars in guard Kyrie Irving and wing Gordon Hayward.

Irving will be given the keys to the franchise. Vocalizing his desire to get out from under the wing of LeBron James, the dynamic guard is now the de facto leader of this team. He — along with Hayward — will be judged upon getting the Celtics to the finals. Hayward reunites with college head coach Brad Stevens in what looks like a very positive move for both parties.

As he physically developed in Utah, Hayward became multi-faceted on both ends of the floor. He can score in a myriad of ways, and also is a much better defender than given credit for. Look for Stevens to utilize Hayward on isolation looks from the elbow — as well as in the post versus smaller players.

While the Celtics may get slightly worse in the interim, the trade for Irving is an obvious look towards the future. The addition of Jayson Tatum gave Boston yet another valuable young asset to work with. From a basketball standpoint, the undersized Celtics will struggle to rebound the basketball. There are also questions as to whether Irving can lead a team.

Regardless, life at TD Garden will be highly compelling. There’s one massive elephant in the room glaring directly into the face of the franchise: The future of LeBron James with the Cavaliers. No one knows as to whether James will re-up with his hometown team. Speculation has been running rampant throughout the league pertaining to James’ eventual landing spot next summer. This groundswell of hysteria will only continue as this year progresses.

Cleveland’s decision to trade Kyrie Irving was a fascinating one. While he technically was under contract for two more seasons, the Cavs deemed it necessary to move on from the All-Star guard. Nabbing Jae Crowder was a shrewd move — as he’ll help to shore up the defensive deficiencies on the perimeter. His ability to spot-up from three will also work well with James. When healthy, Isaiah Thomas is a spectacular player. He’s got an uncanny ability to score the basketball from anywhere on the court. He also plays with an infectious energy level.

With that said, the status of his hip injury is a massive concern. When making this trade, Cleveland had an obvious eye towards the future. Crowder is a controllable asset for the next few years. It’s unlikely to envision the Cavs signing Thomas to a long-term max deal. The most significant return in the Boston-Cleveland trade was the draft pick accrued by the Cavs. It belongs to Brooklyn — and has a real possibility of finishing in the top-five. This could be used as trade chip to help James win another title, or…it could be the re-set button for when/if James leaves.

General Manager Sam Presti has a gigantic pair of cojones. Operating with a small market team, front office personnel often have to be creative when constructing a winning roster. While the Paul George rumors had Boston and Los Angeles as primary contenders, OKC came out of nowhere — nabbing George for an underwhelming package of Victor Oladipo and former first-round pick Domantas Sabonis.

Sabonis resembled nothing more than a reserve big man. The Oladipo experiment in OKC didn’t pan out overly well — largely due to his inability to consistently hit shots from outside the paint. With George, OKC gets a legitimate scorer to pair alongside Russell Westbrook. George should work well within the parameters of the offense, as he can spot up whilst Westbrook creates off the bounce. When Westbrook is on the bench, the Thunder can rely on George to dominate the ball and initiate things without much of a drop-off. Remember, OKC’s plus/minus rating plummeted considerably in the playoffs once Westbrook went to the bench. Head coach Billy Donovan now can have at least one of the two on the floor at all times.

From a long-term play, we don’t know what will happen. It’s feasible to think both Westbrook and George will re-sign with the team in the offseason — thus preserving a potent pairing. However, it’s also logical to assume both will leave for greener pastures. George hasn’t denied his infatuation for the Lakers’ franchise. An LA native, the Lakers would love nothing more than to bring him back home. OKC has reportedly offered Westbrook the largest contract in NBA history. However, he’s yet to sign — instead electing to preserve his options going forward.

The trade of Oladipo did get a hefty contract off the books — as the Thunder were in line to pay $21 million annually in each of the next four years. Should Westbook and George also depart, OKC would in theory have a clean slate to work with. If Westbrook re-ups, there’s still some flexibility to play with as it pertains to personnel decisions.

From a team standpoint, OKC has all of the ingredients to become one of the upper-echelon teams in the Western Conference. It may be best calibrated of any team to challenge Golden State for supremacy in the west. 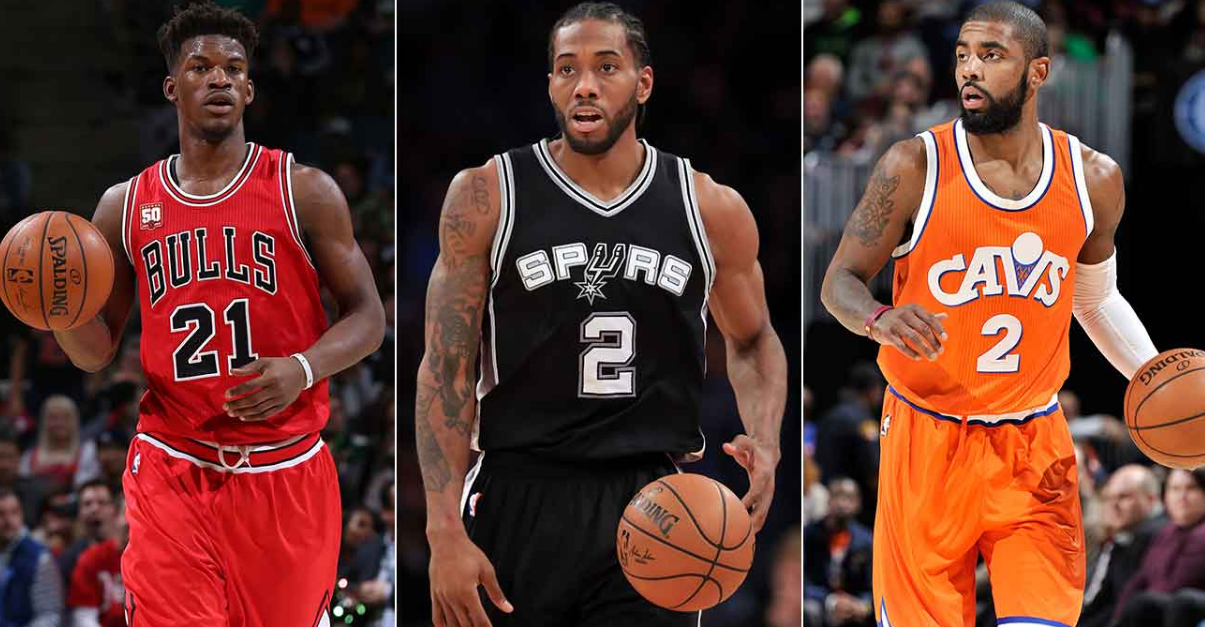 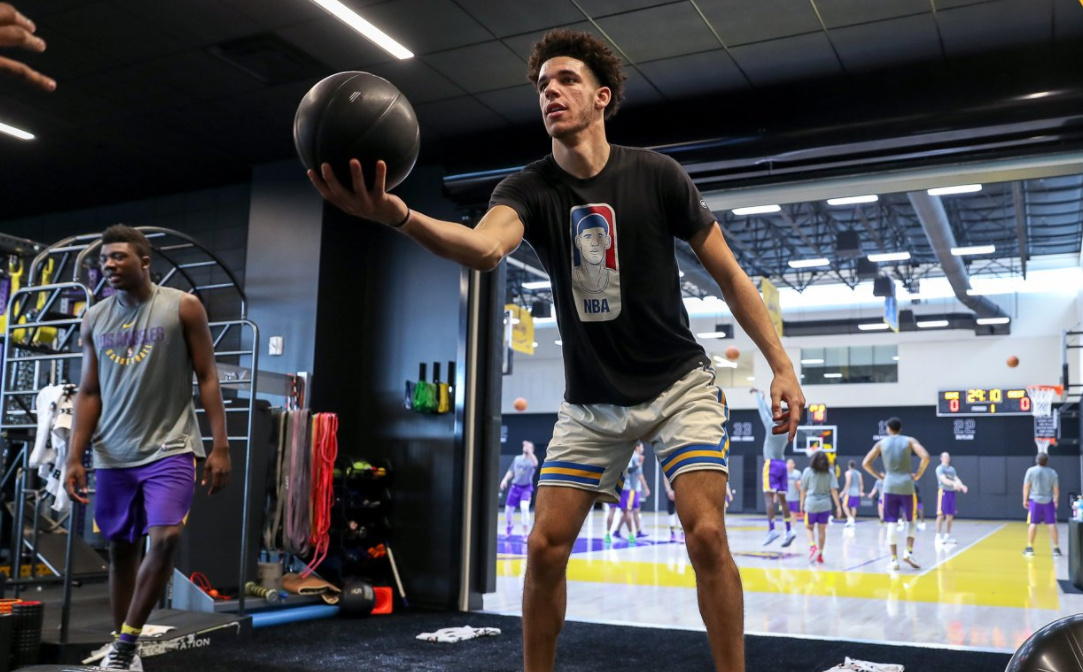