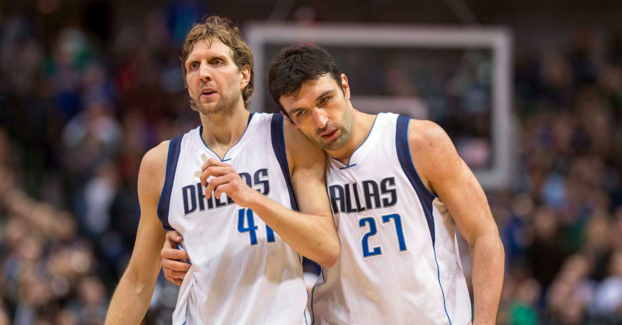 With February 14 inching closer and closer, the NBA announced who will be starting in this year’s All-Star game. While all 10 players were certainly worthy of selection (yes, including Kobe), there always seems to be that one player who gets a few too many votes.

This season, it was undoubtedly Zaza Pachulia of the Dallas Mavericks.

Since becoming the full-time starting center in Dallas, Pachulia has put up career numbers this season, averaging a double-double thus far. Apparently, his home country, the Republic of Georgia, has also taken notice of Pachulia’s improved play and did everything in their power to send him to the game.

Unfortunately for them, their efforts came up just short. Pachulia finished fourth among front-court players in the West, causing him to barely miss out on an automatic bid.

Pachulia ended up with 768,112 votes, which was about 14,000 votes shy of Spurs forward Kawhi Leonard. Because the West is stacked with talented players, Pachulia will most likely not make the roster as a result. But, surprisingly, Zaza has taken the defeat better than expected.

“What I’m thankful is that the fans, without me asking anyone, took it to this level,” Pachulia said about the final vote. “I was so close. It’s just an amazing feeling. I feel loved. That’s more important to me than being an all-star, honestly.”

With his relentless energy and enigmatic personality, Zaza appears to have found a long-term home with the Mavs. However, it must be comforting for him to know that whenever he retires from the NBA, he has a career in politics waiting for him – the President of Georgia seems to have his name written all over it.