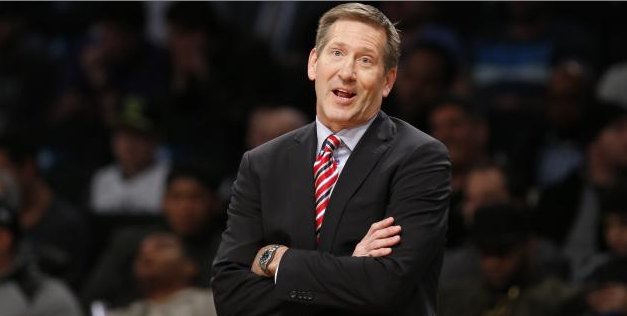 Somehow, the Phoenix Suns’ season seems to get worse with each passing week. With the announcement that they have fired head coach Jeff Hornacek, that trend continues.

Less than two years removed from being NBA Coach of the Year runner-up to Gregg Popovich, Hornacek was let go early Monday.

The Suns have lost 19 of their past 21 games to drop to 14-35 (.286) on the season, which is on pace to be the franchise’s worst season since the inaugural team went 16-66 (.195). Suns general manager Ryan McDonough, hired in the same 2013 offseason as Hornacek, informed the former Utah Jazz guard of the decision after Phoenix lost 91-78 at Dallas on Sunday.

Many wondered if Suns legend Steve Nash would be interested in taking over this struggling Phoenix squad. But Nash, sources say, is not ready to entertain the thought of a head-coaching position or even an assistant coach’s role at this juncture. Nash has said he wants to focus on fatherhood, his various off-court interests, and continue the consulting role he currently has with the Golden State Warriors.

The Suns have chosen to go in the direction of former UCLA and NBA guard, Earl Watson, who will fill in as an interim coach. If there’s any positive for Watson, it’s that the bar is set pretty low for the rest of the season.

With the Suns firmly in contention for the No. 1 pick in this year’s NBA Draft, Watson’s best coaching strategy might very well involve losing.