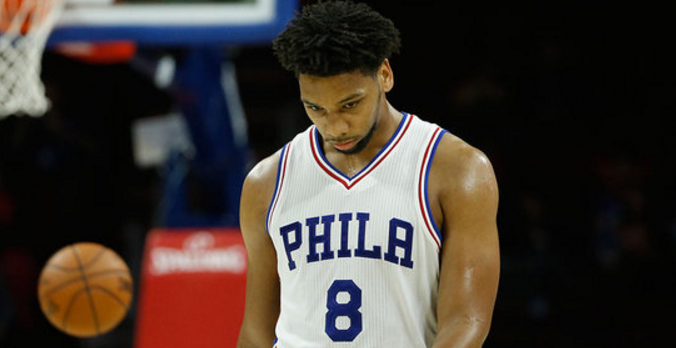 Just when you thought the Philadelphia 76ers’ organization couldn’t sink any lower, they find a way.

After holding a double-digit fourth quarter lead against the Boston Celtics, the 76ers squandered it and moved to 0-16 on the season. With frustration at an all-time high, Jahlil Okafor finds himself in the headlines for all of the wrong reasons.

Reportedly, a heckling Celtics fan told the former Duke product “the 76ers suck and you guys are all losers. You’ll never win a game.” Okafor didn’t find it too amusing, and when words weren’t solving the issue, Okafor began throwing punches. TMZ released footage of the video, which appears to show Okafor knocking the man he was arguing with out cold.

The NBA has not handed out a punishment for Okafor yet, but you can be sure a suspension from Adam Silver is coming. For a franchise looking to avoid the worst start in NBA history, missing their leading scorer surely won’t help.

As if the on-court product wasn’t providing enough of a headache, Philadelphia’s front office now has to worry about off-court issues as well. While violence obviously isn’t the answer, 76ers fans can at least take some solace in knowing one player won’t continue to accept their losing ways.