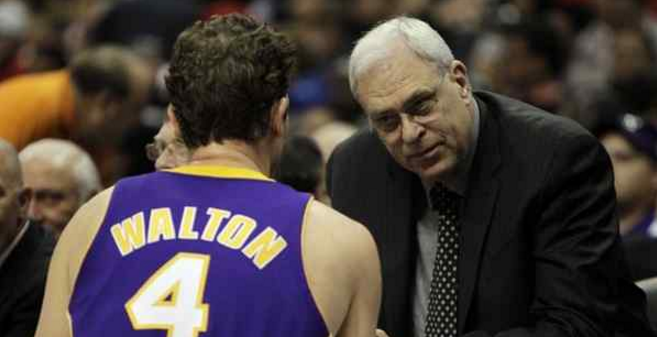 After an incredible season with the Golden State Warriors, assistant coach Luke Walton is set for a solid pay-day. With plenty of teams interested in making Walton their team’s head coach, it appears the New York Knicks are racing out to an early lead.

According to league sources, Knicks president Phil Jackson has already spoken to Walton about the Knicks’ vacant head coaching job. Walton would be a superb fit for the Knicks as he knows and understands the triangle offense as well as anyone.

It’s a tricky predicament for Walton to be interviewing right now, as the Warriors currently find themselves in the first round of the playoffs against the Houston Rockets. And to make matters more complicated, it’s believed the Los Angeles Lakers are interested in acquiring Walton’s services as well.

Walton, an NBA player for 10 seasons, led the Warriors to an astonishing 39-4 record in head coach Steve Kerr’s absence. When Kerr returned, the team went 34-5 to finish with the best record in NBA history (73-9).

His father, Bill Walton, says he thinks that his son should stick with the former champions.

“First of all, Luke doesn’t listen to me. He makes his own decisions,” Bill Walton said. “I always tell him the same thing: ‘Luke, it doesn’t ever get any better than what you have right now.’ I was part of three of the greatest teams ever — UCLA, Portland, the Celtics. I’ve been at the other end of the spectrum, too. There are opposite ends of every teeter-totter, so I tell him, ‘Money can’t buy what you have.’ Head coaching jobs, they’re open for a reason. Those reasons don’t exist in Golden State.”

Luke figures to have an interesting decision ahead. While the Knicks would be a solid potential landing spot, Walton did play for the Lakers for nine seasons.

However, with Phil Jackson making the sales pitch, it could be hard for Walton to say no.