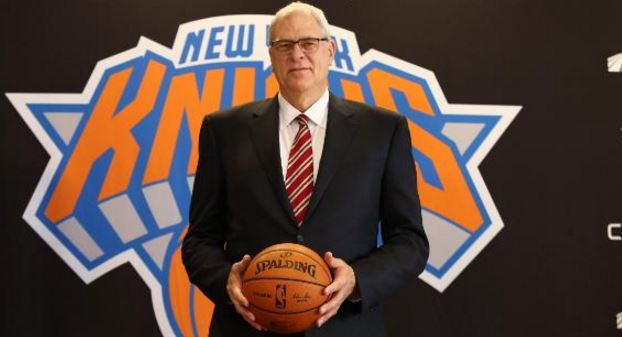 Hornacek played with the Phoenix Suns, Philadelphia 76ers and Jazz from 1986-2000 before joining the coaching ranks. Last season, Hornacek was fired by the Phoenix Suns in his third year as the team’s head coach.

After a stellar first season in which Hornacek guided Phoenix to a 48-34 record and finished second in NBA Coach of the Year voting, things quickly went downhill. Injuries and locker room discord plagued his remaining time in Phoenix, and ultimately resulted in his firing. The Suns were 14-35 this season when he was dismissed and replaced by Earl Watson.

However, Phil Jackson obviously believes Hornacek is the perfect man to right the ship in New York. He is known to prefer a quick-paced offense revolving around his guards, which seems to stand in stark contrast to Jackson’s emphasis on the triangle offense.

However, Hornacek will likely be flexible in shifting his offensive system, as he is inheriting a roster quite different from the one he had in Phoenix. Led by Carmelo Anthony and up-and-coming star Kristaps Porzingis, the Knicks have the necessary talent to compete for a playoff spot next season.

After Fisher and Rambis combined to lead the Knicks to a 32-50 season last year, one has to think Hornacek will be able to improve upon that mark. If not, it might soon be Phil Jackson’s head on the chopping block instead of the head coach.