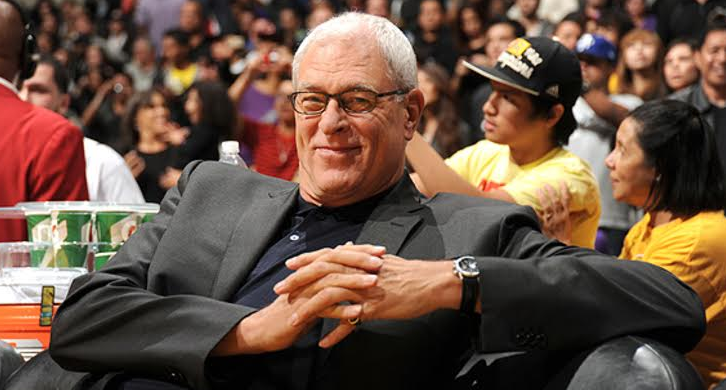 Phil Jackson’s coaching search is leading him back to his summer home in Montana.

On Wednesday, the Knicks’ President tweeted this photo of himself: The monument honors Native American war leader, Crazy Horse, and Jackson added the caption “’curly’ moment.” The tweet and the trip come amid a coaching search that has resulted in two conversations with two candidates since the Knicks’ season ended on April 13.

Jackson appears to be in no rush to name a coach, although incumbent Kurt Rambis is regarded as the favorite. The Daily News reported last month that Jackson reached out to Warriors assistant coach Luke Walton, who told Jackson he wasn’t interested in the job. Since then, Walton has agreed to become the next Lakers head coach.

These vacation snaps are causing so much controversy due to the implied friction between Jackson and Knicks owner, James Dolan. Many view this as a power move by the “Zen Master” before getting fired. For Phil’s sake, you hope this is the case, or else you have to start wondering if two-plus years at Dolan’s Garden are driving him mad.

And it’s not nice to see anyone, even someone making $12 million per season, suffer like that.