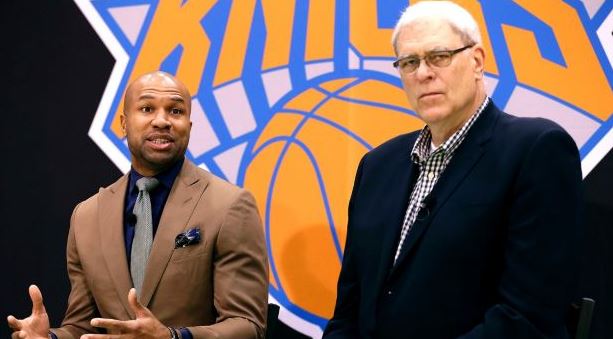 Fisher was hired by team president Phil Jackson to rectify the struggling New York franchise. Fisher and Jackson have a history together dating back to when Jackson coached the Lakers, and Fisher was a point guard on the team that won five championships.

The Laker connection doesn’t appear to be ending anytime soon though, as Fisher’s replacement, Kurt Rambis, served as an assistant to Jackson in Los Angeles. In addition, the two names believed to be at the top of Jackson’s head coaching list are two players he once coached in Los Angeles – Luke Walton and Brian Shaw.

Fisher was very thankful for his time in New York and said, “This is a very talented team with strong character and I am confident they will succeed. Obviously, I’m disappointed, but have learned an immense amount from this experience and hope to grow from it.”

Rambis will becomes the 27th head coach in Knicks franchise history. Originally hired as the team’s associate head coach on July 7, 2014, this will be the second time the 18-year NBA coaching veteran handles head coaching duties. From 2009-2011, he led the Minnesota Timberwolves to a record of 56-145.

Rambis might be the short-term option, but unless he miraculously turns this team around in the final 28 games, a different ex-Laker will be in charge when the 2016-2017 season kicks off.