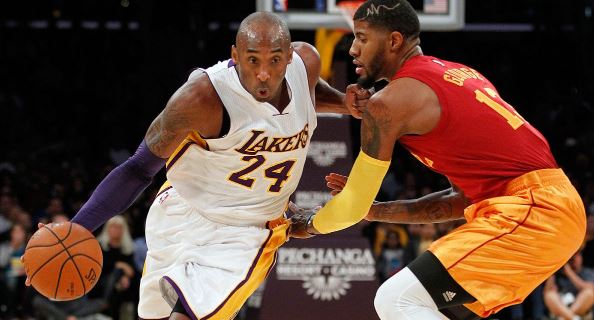 The Lakers’ 2016 season was primarily filled with two things, losing and paying tribute to one of the greatest to ever play the game, Kobe Bryant. As yet another homage to the retired Lakers star, Indiana forward – and lifelong Kobe Bryant fan – Paul George announced yesterday that his newly adopted pit-bull will be named Kobe.

The 6-year veteran posted this video of his daughter and their new dog playing to his personal Instagram account:

George has drawn numerous comparisons to Bryant on the basketball court and is one of the few players who has a chance to fill the sizable void left by Bryant’s retirement.

It’s no secret the Lakers are looking to win now, and with George’s current contract keeping him locked in Indiana until at least 2019, the only way the Lakers could potentially acquire the All-Star would be through a trade. However, it’s unlikely the Lakers – or any team for that matter – have enough enticing assets to coax the Pacers into trading their 26-year old star.

Although the idea of a Kobe-George pairing will never happen on the hardwood, at least the dream duo can be spotted at George’s local dog park.