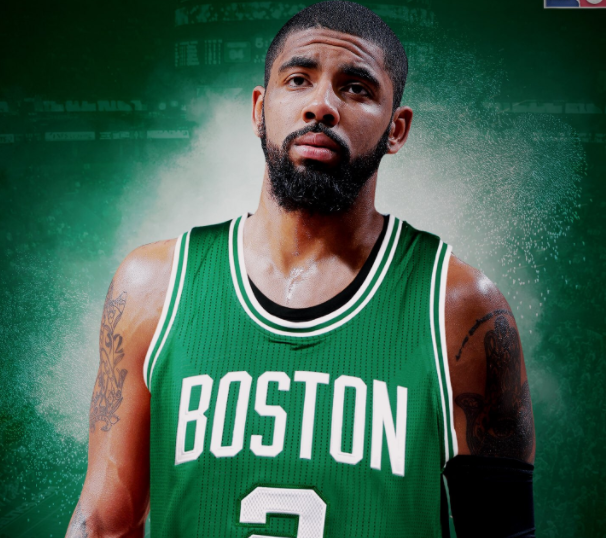 Rarely do you see two superstars exchanged for one another — especially when playing on rival teams. The Cleveland-Boston swap involving All-Star guards Kyrie Irving and Isaiah Thomas completely changes the trajectories of each franchise. It gave the Celtics a great young piece to build around, and it offers the Cavs flexibility both in the present and in the future.

That’s not to say, however, that it’s a home-run deal across the board. There are some causes for concern on both sides of the proverbial coin.

Danny Ainge finally pulled the trigger. After months and months of posturing, the Celtics’ President of Basketball Operations decided to dip into the deep well — dealing Brooklyn’s 2018 first-round pick (unprotected), Isaiah Thomas, Jae Crowder, and Ante Žižić for Kyrie Irving. It was a considerable amount of assets to relinquish. However, Boston did come away with the best player in the deal.

The acquisition of Irving gives the Celtics a legitimate superstar. In a league driven by guards, the former Duke product is among the best in the league at his position. Irving has proven himself as an exceptionally clutch player throughout his short career. His performances in the Finals speak for themselves. Though only 25 years of age, he’s already a highly accomplished basketball player.

Boston will pair the dynamic Irving with Gordon Hayward in the backcourt. When looking at this duo compared to last year’s starting group (Thomas, Avery Bradley), the Celtics certainly have appeared to upgrade on the surface. Irving is under contract for two more seasons before facing a player option for an additional year. By all accounts, both parties likely will agree on a max-deal sooner rather than later.

This trade also alleviates the potential headache over Thomas. A free agent after the year, Thomas is expecting to garner a max-deal. Boston had been unwilling to extend Thomas — likely due to concerns over his longevity as he gets older. His small stature makes Thomas a huge liability defensively. Additionally, there are the issues Thomas has had with his hip. As such, the Celtics’ brass are well within their rights to have some question over potentially giving an undersized guard such a lengthy and expensive contract. At the same time, Thomas was spectacular last year with the Celtics. He endeared himself to the fan base with his fearlessness on the floor. A Second-Team All-NBA player, Boston would have a hard time justifying the act of letting him go without any compensation.

Boston pulled off a rarity within the NBA landscape. It’s very infrequent to see a player of Irving’s caliber being dealt, especially right as he’s about to hit his prime. With that said…there are some curious decisions pertaining to the impact the deal.

Landing Irving and Hayward is a coup for any team. Along with Jaylen Brown and Jayson Tatum, Boston has a bevy of young players to build around in the post-Lebron James era. Cleveland likely still will be the favorite heading into this season. However looking forward into the future, it’s anyone’s guess as to how the rivalry will play out.

Based upon Boston’s current off-season (which may not be done quite yet), we know a few things:

Losing Bradley and Crowder signals an imperative increase in minutes for both Brown and Marcus Smart. Kelly Olynyk — who had his moments as a very valuable member of the roster — is also gone. It’ll be a player-by-committee feel for the Celtics in the frontcourt. Tatum will surely get minutes at the three and the four. Duly, you’ll likely see some combination of Marcus Morris, Abdel Nader, Semi Ojeleye, and Guerschon Yabusele to help pick up the slack next to Al Horford. Trading away Žižić also puts plenty of pressure on free agent acquisition Aron Baynes — who’ll now assume the role as Horford’s main reserve. As the roster currently stands, the Celtics have only two players (Horford, Baynes) over 6’9″.

The turnover on the team is significant, and simply cannot be understated. Bradley, Crowder, Thomas, Olynyk, and Amir Johnson represented 80-percent of last year’s starting lineup. The quintet made up the vast majority of the playoff rotation. Boston will now be relying upon a number of younger players — something that won’t scare James or the rest of the Cavaliers’ team. While the team may have made a play for the future with this move, this trade likely made Boston worse in the interim.

Irving will be given the keys to the car. He will be the unquestioned top dog within the team — even after the Celtics signed Hayward to a massive 4-year deal. Thus far in his career, he’s yet to prove he can lead a team by himself. It’s something to watch for going forward as he continues to mature.

Lastly, did Ainge make a mistake by not trading for Paul George or Jimmy Butler? Comparatively speaking, the Celtics gave up far more for Irving as opposed to what Oklahoma City and Minnesota relinquished for the aforementioned twosome. The 2018 Brooklyn pick could’ve been dangled in a trade for either of the two forwards. Based upon what Indiana and Chicago received, the pick would’ve been a very valuable bargaining chip.

“Isaiah embodied what it meant to be a Celtic. He captured fans’ hearts not only with his spirit, but his personality.” – Danny Ainge. pic.twitter.com/Xz85keUYHq

Irving is a spectacular player without question. He’s special on the offensive end, and will provide Boston with an All-Star caliber guard for the next 5-7 years (at least). However, landing a George or Butler — presumably without having to give up Thomas — would’ve made the Celtics more dynamic. At the very least, it would’ve loaded the team up further with versatile, athletic wings. In essence, a power-play to combat the likes of LeBron and eventually the Golden State Warriors.

Alas, this still was a significant move for the Celtics. With a thin frontcourt and a deep pool of resources, it will be fascinating to see whether they go out and try to upgrade elsewhere. Kicking the tires on Marc Gasol seems like a conventional step. Or…potentially packaging up some draft picks and a young player for an impact post such as DeMarcus Cousins.

Knowing how Ainge operates, one can be sure that the Celtics will be active all the way leading up to the trade deadline in February.