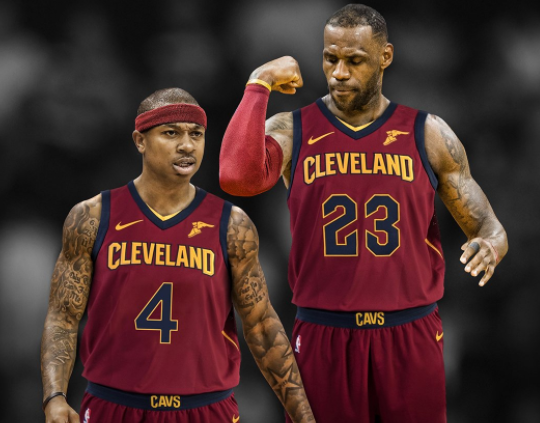 Rarely do you see two superstars exchanged for one another — especially when playing on rival teams. The Cleveland-Boston swap involving All-Star guards Kyrie Irving and Isaiah Thomas completely changes the trajectories of each franchise. It gave the Celtics a great young piece to build around, and it offers the Cavs flexibility both in the present and in the future.

That’s not to say, however, that it’s a home-run deal across the board. There are some causes for concern on both sides of the proverbial coin.

The additions of Isaiah Thomas, Jae Crowder, and Ante Žižić helps in making Cleveland a deeper and more well-rounded basketball team. Thomas is one of the most exciting players in all of basketball. The diminutive guard out of Seattle will now assume Irving’s former role as the shot-creator next to LeBron James. While he’s not as good as Irving, the drop-off is rather negligible. Playing with James will invariably equate to a constant barrage of open looks. Thomas is a free agent after this year — which gives Cleveland financial flexibility going forward.

Speaking of finances, trading Irving saved Cleveland $29.1 million in tax savings — going from $78.4M to $49.3M. This is a considerable amount of money going forward. It could ultimately impact the Cavs’ ability in free agency for next year…and beyond.

Crowder is a fantastic piece in a number of ways. For one, he’s an excellent wing defender. Crowder’s versatility enables Cleveland to utilize him at three positions on the floor. His addition certainly helps the Cavs defensively should they play against a team featuring premier wing talent (such as, say…Golden State). He’s also a solid spot-up shooter. Crowder shot a career-high 39.8-percent from three last year. With James dishing out the rock, expect that number to increase even further. Crowder also has arguably the best contract in the entire NBA relative to his value. The former Marquette star is under contract for three more seasons — at an average of $7 million per season. Had he gone on the open market during this offseason, he’d likely command upwards of $16 million per year (if not more).

Žižić is far from a proven commodity. The 20-year-old 7-foot center out of Croatia was drafted in the first round of the 2016 NBA Draft. Boston stashed him in Europe for one season, and the plan was for him to come over for this current year. He played for the Celtics’ summer league team — demonstrating the ability to protect the rim. Žižić does need to work on his conditioning, but the upside is there for him to develop into a very solid back-up center. If anything Cleveland added some youth to its roster.

Perhaps the most intriguing piece acquired from Boston was Brooklyn’s unprotected 2018 first-round pick. It’s feasible to assume that the Cavaliers will be getting a top-five selection in next year’s draft. There are two schools of thought as it pertains to this pick. On one hand, Cleveland can opt to dangle the pick now for a veteran with the potential to help aid a Championship run. DeMarcus “Boogie” Cousins could ultimately be made available — though he is a free agent at the end of the season. A fascinating name potentially could be Kristaps Porzingis. The Knicks haven’t been willing to deal him, though the new front office could be enticed by a package surrounding this valuable pick.

That’s the only way to be to the kid! Special talent/guy! Nothing but respect and what a ride it was our 3 years together Young Gode #Filayy https://t.co/wKYmYsmdgG

On the other side, there’s a real possibility that James leaves at the conclusion of this year. In this event, the team would likely let Thomas walk — effectively hitting the reset button. The roster would retain a ton of cap flexibility, and it’d have a young player to build around (such as Marvin Bagley III, Michael Porter Jr., or DeAndre Ayton). Above all else, it’s better to have a plethora of options rather than none at all.

We’ll say this: Cleveland did in fact win the trade. The financial flexibility gained via this move was immense. Going forward, the team could opt to ‘blow it up’ in an era sans-James — relying instead on cap space and Brooklyn’s 2018 first-round pick. However, there are still some minor concerns for this year…and they all sit with Thomas.

Listed generously at 5’9″, Thomas is a black hole on the defensive end of the floor. He simply can’t guard anyone, and is often taken advantage of — whether it’s in the post, on the glass, or even when trying to navigate screen-and-roll situations. According to Bleacher Report, Thomas ranked as one of the worst defenders in the league at the point guard position. Though Irving is far from a great defender, Thomas’ weaknesses likely will be exploited even further against the likes of Boston, Golden State, Houston, Washington, and others.

Another potential issues is Thomas’ hip. A lingering issues forced Thomas to miss multiple playoff games. There was also a question as to whether he’d need surgery to fix the ailment, though those qualms have (temporarily) been shushed. Should he suffer a debilitating injury, Cleveland’s ability to reach its fourth-straight Finals could be in jeopardy.

Ultimately, the Cavs deemed they were unable to salvage Irving’s and the team’s relationship. It’s truly a gamble in jettisoning a 25-year-old star — let alone one who’s a 4-time All-Star selection and a Finals’ MVP. Only time will tell as to how this decision will impact things in the future.