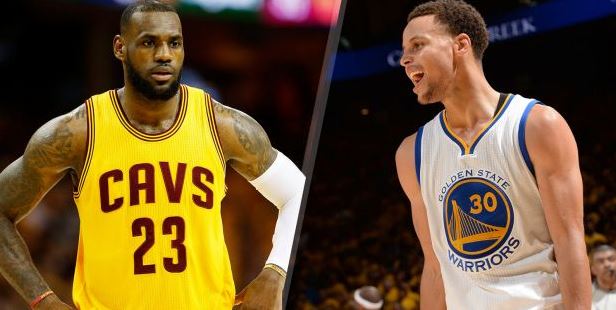 The NBA season kicks off in a big way tonight, with both teams from the NBA Finals making their season debut. The Cleveland Cavaliers head to the United Center to take on the Chicago Bulls, while the Golden State Warriors will host the New Orleans Pelicans. Let’s dive in and take a closer look at the featured match-ups.

*The Detroit Pistons are also playing the Atlanta Hawks tonight… but nobody cares. The Chicago Bulls will surely come out fired up in front of their home crowd. Not only will they be looking to avenge getting eliminated by Cleveland in last season’s playoffs, but they will also be trying to get a win for head coach Fred Hoiberg in his NBA debut.

While game 1 of the 82 game season is way too early to draw any conclusions, this match-up is sure to provide an excellent litmus test for how Chicago compares to Cleveland. Of course, the Cavaliers enter this season a little banged up, as they won’t have Kyrie Irving, Iman Shumpert or Timofey Mozgov for their first game of the season.
But, they do have a little known guy named LeBron James.

No player does a better job of defending James than Chicago’s Jimmy Butler, but a fresh LeBron is a terrifying LeBron. With the whole offseason to rest, and an added motivation any time he faces Chicago, it’s hard to picture James letting his team start the season 0-1.

Kevin Love will help pick up the scoring load, Matthew Dellavedova will flail around the court, Tristan Thompson will clean the offensive glass, J.R. Smith will be J.R. Smith, and as usual, LeBron will lead his team to a victory.

The Golden State Warriors will not have head coach Steve Kerr on the sidelines, but their leader will still be present for the ring ceremony and hanging of the championship banner. Luke Walton will serve as interim coach/make his NBA head coaching debut, and has a tougher task than most are aware of.

There is a notorious complacency that defending champs experience in their opening game, and the Warriors are no exception. Facing a team they swept en route to their NBA title, Golden State will need to be completely focused to defend their home court.

New Orleans has high expectations this season with former Warriors assistant Alvin Gentry now running the team. Anthony Davis is expected to improve on last season’s historically great season, and seems destined to be LeBron’s successor to the title of best player in the NBA.

However, Davis won’t have much help in the first game of the season. Tyreke Evans, Omer Asik and Quincy Pondexter are out, and Jrue Holiday is on a strict minutes restriction which will limit his impact. If the Pelicans are to have any chance of winning this game, Davis and Eric Gordon will need to play phenomenally.

The Golden State Warriors will surely be emotional for this game, and still feel as if they have plenty to prove. With players, teams and coaches taking jabs at last year’s championship run, the Warriors don’t feel as if they are getting the credit they deserve. Stephen Curry, Klay Thompson and Draymond Green won’t let the Warriors drop their first home game of the season, but double digits is too many points to lay for a team that will be semi-distracted after collecting their championship rings.