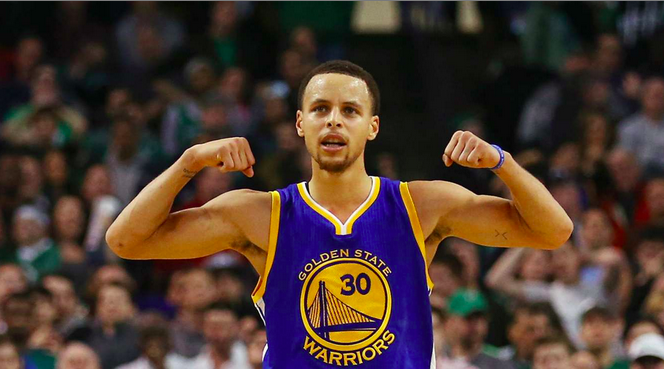 Three games into the young regular season, it’s difficult to argue against Curry currently being the best player in the NBA.

On Halloween night, Curry torched the New Orleans Pelicans for the sixth time since last year’s playoffs. New Pelicans head coach Alvin Gentry spent 2015 on the Warriors bench, which one might think would give him plenty of time to figure out how to scheme against the superstar. But after allowing Curry to go for 53 points, Gentry’s inability to slow him down should serve as a warning to the rest of the NBA.

Curry is elevating his potent offensive arsenal into the discussion among greatest (scoring) point guards of all-time. Outscoring the entire Pelicans team by two points in the third quarter, Steph set a career high for points in an individual quarter (28) en route to another impressive performance.

If he keeps putting up stats like this, we can give him the MVP now. Averaging 39.3 points on 58.5 percent shooting, the Warriors are simply unbeatable when Curry is this locked in.

Perhaps most terrifying is that the best shooter in NBA history is still getting better. The genuine fear in Jrue Holiday’s eyes tonight as he tried to slow down Curry perfectly sums up how every NBA franchise feels.

But as scary as facing Curry is on your home court, playing at Oracle Arena is even worse. The deafening noise and earthquake-like sensation after every made three-pointer only adds to the fear.

Whether you love the Warriors or hate them, you can’t help but be in awe of Stephen Curry. Although the season is still very young, back-to-back MVPs for the Davidson product already feels inevitable.